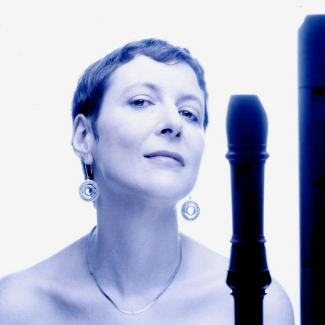 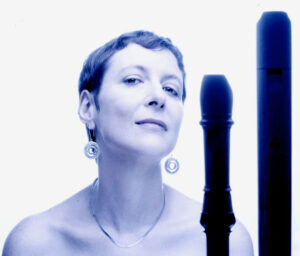 Anna Margules belongs to the first generation born in Mexico (1965), of a family of migrants. She grew up and went to school over there. She studied Recorder with Horacio Franco and French litterature at the National University of Mexico. Later, perhaps due to a sort of genetic force, or in the quest to search for her roots, or just for the eagerness for knowledge, she decided to continue the family saga and traveled to Europe.

First she lived in Amsterdam where she studied with Walter van Hauwe at the Sweelinck Conservatorium. Then she traveled to France, Italy and Spain to attend courses on Music from the Trecento Italiano by Pedro Memelsdorff.

She got a Master Degree in Early Music performance in Porto, at the Escola Superior de Música e Artes do Espetáculo, and a second Master in Musical Research in Madrid, at the International Rioja’s University (UNIR).
In 1995 she fell in love with Madrid. This time, conscious that it was the first time that a family member stayed in a place of her own will and not forced by the misfortunes of history, she decided to stay.

Anna Margules was able to achieve this trajectory thanks to the support received during her musical career: grants by Nuffic (1991-1993), National University of Mexico (1993-1995), National Fund for the Culture and the Arts, Mexico (1995/2004).

Her interest in the diverse manifestations of contemporary artistic expression has taken her to create and collaborate extensibly with different composers, having performed many world premieres. At the same time, she has worked intensely in Early Music, especially to promote the repertoire from XIV and XVI centuries.

Alongside her career as a performer, Anna Margules has an extensive experience as a teacher and course leader. She has taught specialized courses in Early and Contemporary Music in Mexico, Sweden and Spain. She is currently tutor at the Universidad Autónoma de Madrid (UAM) and Conservatory of Music in Aragon (CSMA) .