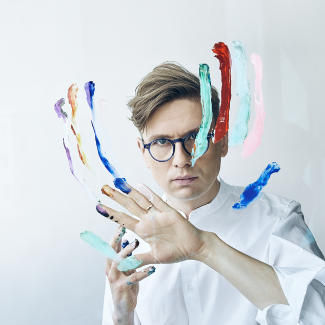 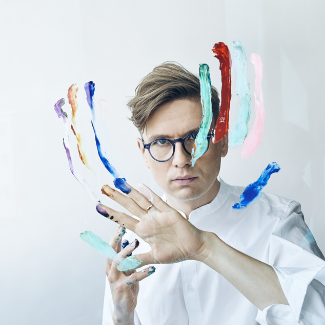 Pianist Víkingur Ólafsson’s remarkable originality and powerful musical conviction have seen him, in just a few years, take the music world by storm to become one of the most sought-after artists of today. He made an unforgettable impact with the release of his three albums, Philip Glass Piano Works (2017), Johann Sebastian Bach (2018) and Debussy Rameau (2020) on Deutsche Grammophon, for whom he is an exclusive recording artist. Debussy Rameau has already surpassed 21 million streams, bringing Ólafsson’s total streams to over 125 million and leading the Daily Telegraph to call him “The new superstar of classical piano.”

With his captivating natural ability to communicate both on and off stage, Víkingur is the driver behind a number of original projects. In 2020 alone he has: broadcast an eight-part series on Icelandic radio; presented his own primetime television series in Iceland called Music Bites; and created his own three part series on BBC Radio 3, Transcribe, Transform. Víkingur was also artist in residence for three months during lockdown on BBC Radio 4’s flagship arts programme, Front Row, broadcasting live, weekly performances from an empty Harpa concert hall in Reykjavík, reaching millions of listeners around the world. Ólafsson has been artistic director of Vinterfest and Reykjavík Midsummer Music (which he founded), and created his own record label.

Debussy · Rameau Reflections, Ólafsson’s next album on Deutsche Grammophon, will be released in March 2021.