In January 2017, Barbara Hannigan launched the Equilibrium Initiative (EQ) to mentor 21 young professional musicians in the first substantial phase of their careers. EQ includes intensive workshop retreats, which focus on developing and strengthening the skills needed for sustaining a fulfilling career, as well as offering performance opportunities with Ms. Hannigan and others. EQ artists are selected from an international field of applicants for their talent, musicianship, passion, drive, curiosity, discipline, versatility, and creativity. Meet the seven singers who will be joining us in 2019.

The British-Singaporean mezzo received critical acclaim for simultaneously dancing and singing the dual leading roles of Anna I and Anna I in Kurt Weill’s Die sieben Todsünden at the 2016 Tanglewood Music Festival, and received Tanglewood’s Jackson Prize for Excellence. This season’s engagements include role and house debuts with Opéra National de Montpellier, Festival d’Aix-en-Provence, and Opéra Comique (Paris); the alto solos in Bernstein’s Songfest with the BBC Symphony Orchestra; and several recitals with pianist Julius Drake. Fleur is an avid Star Trek fan and holds degrees from Manhattan School of Music and Columbia University. www.fleurbarron.com 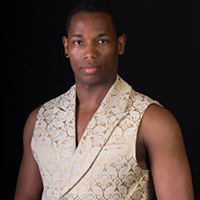 Born in Guadeloupe, Yannis François  is a French-Swiss bass-baritone and dancer. He began his artistic career as a member of the Béjart Ballet Lausanne and later graduated from the Haute-École de Musique de Lausanne with a Master’s degree in singing. His staged roles include Don Giovanni, Don Alfonso, Eight songs for a Mad King by Peter Maxwell Davies, El Cimarrón by Henze and recently Le Matelot in Alcione by Marin Marais in Opéra Comique de Paris with Jordi Savall. He has an affinity for projects that mix all kinds of artforms and mediums and is always looking to push his performance limits using his diverse skills. Yannis is equally passionate about discovering and researching manuscripts and forgotten music of various periods and bringing them back to life; he has created recital programmes for solo albums by artists such as Jakub Józef Orliński and Julie Fuchs. www.yannisfrancois.com 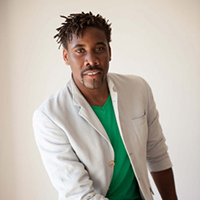 Antoin Herrera-Lopez Kessel hails from Havana, Cuba, where he studied classical and contemporary dance at the National School of Arts in Havana, and later Engineering and Mathematics at university. He moved to France where he studied opera at Besançon Conservatoire and subsequently at the National Superior Conservatory in Lyon. He performed the Mozart roles including Guglielmo and Leporello, after completing a Mozart residency at the Festival d’Aix en Provence. He is passionate about neoclassicism in music, and some of his favorite works are Stravinsky’s Les Noces and Kurt Weill’s Seven Deadly Sins. He also trains actively in volleyball. 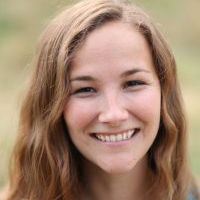 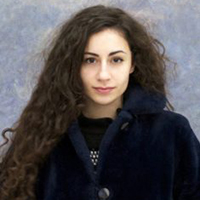 Aphrodite Patoulidou is a Greek soprano, performer, writer, composer and photographer. She studied at the University of Macedonia in Greece, Koninklijk Conservatorium Brussels, Universität der Künste Berlin and spent some quality time in Paris. She performed as improvisation artist in festivals and as an actress in short films. Her opera roles include Rosina, Lucy, and Alleinerziehende in Minibar. Aphrodite studied modern and folk singing and plays the piano and guitar. Her first illustrated cycle of poems was published by H.O.N. as a first prize of poetry in Greece. She likes snow and comic books. Not necessarily combined.
aphroditepi.com 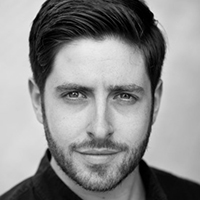 Welsh tenor Elgan Llyr Thomas is a 2017/18 English National Opera Harewood Artist. He is a former student of the Royal Northern College of Music and the Guildhall School of Music and Drama. He is a past winner of the Stuart Burrows International Voice Award, the Kerry Keane Young Artist award and the audience prize at the Les Azuriales Festival and was one of the first ever recipients of a Bryn Terfel Foundation study grant. In 2016 Elgan joined Scottish Opera as an Emerging Artist and during his time there sang Nemorino in The Elixir of Love. Recent engagements include Count Almaviva, Il Barbiere di Siviglia at the Théâtre des Champs-Élysées, Paris and Berthold/Flogger/Titorelli in Philip Glass’ The Trial for Scottish Opera. Elgan is a 2017/18 recipient of an Opera Awards Foundation Bursary. www.elganthomas.co.uk 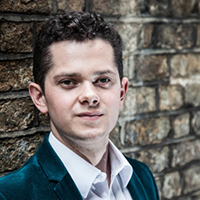 Born in Sussex, tenor James Way was winner of 2nd Prize in the 62nd Kathleen Ferrier Awards at Wigmore Hall. He was awarded the 2016 Simon Sandbach Award from Garsington Opera, an Independent Opera Voice Fellowship, and is a former Britten-Pears Young Artist. James is a member of Les Arts Florissants young artist programme Le Jardin des Voix  and has also been awarded the Orchestra of the Age of Enlightenment’s Rising Stars prize for the 2017-2018 season.  He studied at the Guildhall School of Music & Drama and continues his studies with Susan Waters. www.jamesbernardway.com