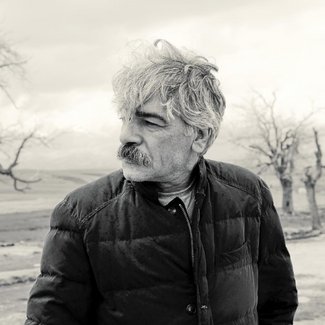 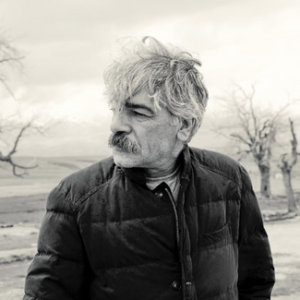 Kayhan Kalhor is an internationally acclaimed virtuoso on the kamancheh (spiked fiddle), who through his many musical collaborations has been instrumental in popularizing Persian around the world and is a creative force in today’s music scene. His performances of traditional Persian music and multiple collaborations have attracted audiences around the globe. He has studied the music of Iran’s many regions, in particular those of Khorason and Kordestan, and has toured the world as a soloist with various ensembles and orchestras including the New York Philharmonic and the Orchestre National de Lyon. He is co-founder of the renowned ensembles Dastan and Masters of Persian Music. Kalhor has composed works for Iran’s most renowned vocalists Mohammad Reza Shajarian and Shahram Nazeri and has also performed and recorded with Iran’s greatest instrumentalists. He has composed music for television and film and was featured on the soundtrack of Francis Ford Copolla’s Youth Without Youth in a score that he collaborated on with Osvaldo Golijov. John Adams invited him to give a solo recital at Carnegie Hall as part of his Perspectives Series and he has appeared on a double bill at Lincoln Center’s Mostly Mozart Festival, sharing the program with the Festival Orchestra performing the Mozart Requiem. Kayhan is an original member of Yo-Yo Ma’s Silk Road Project for whom he continues to compose for and tour with. His compositions appear on all of the Ensemble’s albums. His most recent albums include Silent City, collaboration with Brooklyn Rider and I Will Not Stand Alone with santoor player Ali Bahrami Fard. Kayhan has been nominated for three Grammys and in 2017 was awarded a Grammy with Yo-Yo Ma and the Silk Road Ensemble (2017).