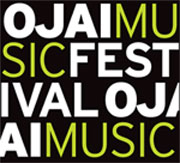 Scott Reed and NancyBell Coe have been appointed to the Board of Directors of the Ojai Music Festival for three-year terms, announced Ojai’s board president Stephen (Mike) J.M. Morris at the recent Festival annual meeting held in Ojai. Both Mr. Reed and Ms. Coe are Santa Barbara residents with significant experience in the performing arts field. Mr. Reed is the president of the Music Academy of the West in Santa Barbara and Ms. Coe retired from that same position in 2010.

At the meeting, Mr. Mike Morris also recognized outgoing board members Jet Doye, Ron Phillips, Alan Rains, Esther Wachtell, and Stuart Meiklejohn, who served as board president between 2012-2013. He also welcomed the Festival’s new executive director Janneke Straub, who will begin her tenure in January 2014. Ms. Straub is currently the executive director at the American Youth Symphony in Los Angeles. 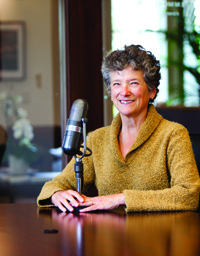 NancyBell Coe retired as President of Santa Barbara’s Music Academy of the West in August 2010. She came to the Music Academy in 2004, after several years as artistic administrator at the Aspen Music Festival and School. Her long career in the performing arts industry includes the Cleveland Orchestra, the Los Angeles Philharmonic and the Spokane Symphony in Washington. She was on the Ojai Music Festival Board of Directors from 2004-2010. NancyBell is active in the Santa Barbara community, where she serves as one of three co-trustees of iCAN, the Incredible Children’s Art Network and as a board member for the Community Arts Music Association of Santa Barbara, Inc. (CAMA). Additionally, she is a member of the Association of California Symphony Orchestras and New Music USA (New York). She further serves on the Board of Overseers at the Curtis Institute in Philadelphia. She earned her bachelor’s degree in music from Wellesley College, Phi Beta Kappa. 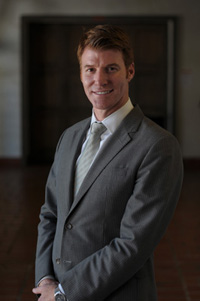 Having begun his career at the Music Academy of the West as an unpaid intern in 1997, Scott Reed became only the fourth president in the history of the renowned classical music institution in August 2010. Immediately prior to his appointment, Mr. Reed served as vice president for institutional advancement at the Music Academy for five years. He came to the latter position via the San Francisco Opera, where he worked as associate director of development for nearly two years. While in San Francisco, he also served as a consultant for the St. Luke’s Hospital Foundation.

Following his stint as a college intern, Mr. Reed worked for the Music Academy from 1997 to 2004 as coordinator of alumni and student affairs, major gifts officer, and executive manager of the long-range facility upgrade campaign and permit entitlement process. During this time he was instrumental in the development of several initiatives, including the Academy’s innovative Compeer Program, which pairs fellows with donors and other Santa Barbara community members for informal social events throughout the summer season.

Mr. Reed earned his bachelor’s degree in vocal performance at the University of California, Santa Barbara.