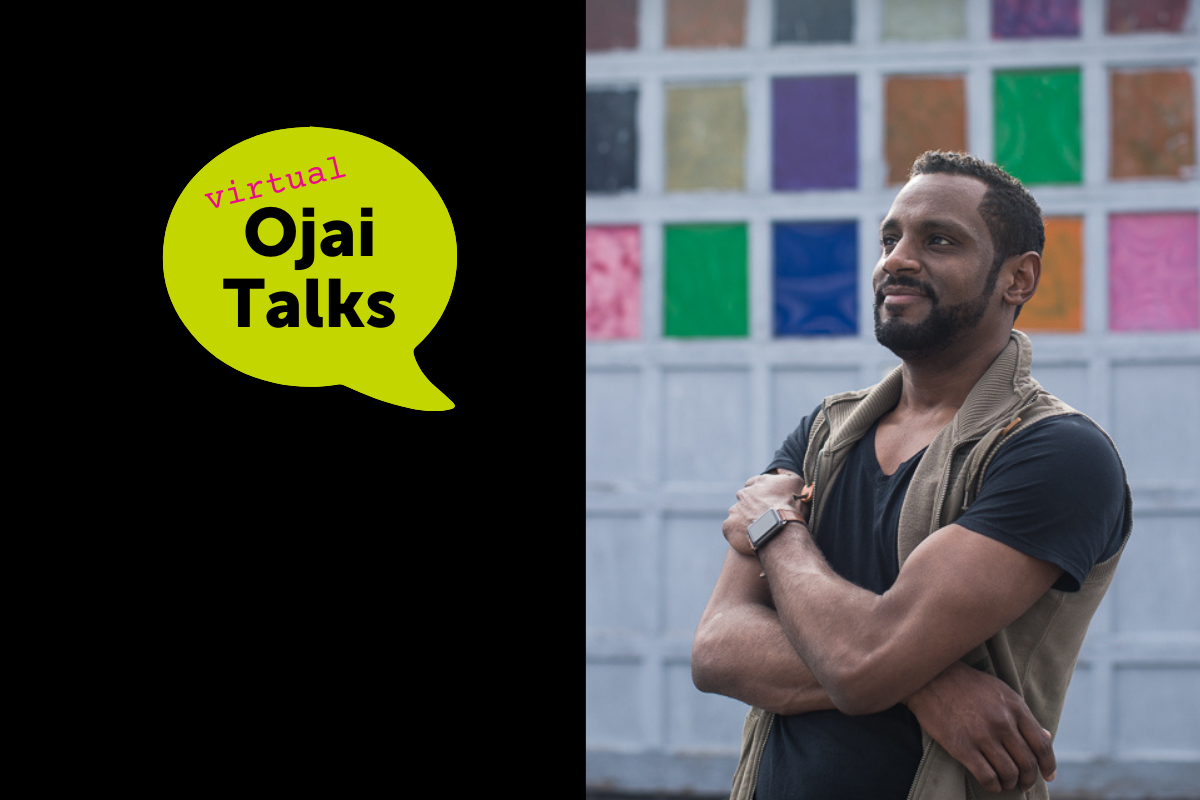 The Festival is honored to have 2021 Festival Resident Composer Carlos Simon discussing his musical journey and the source of his inspiration for his new work “Between Worlds.” Plus, enjoy a new music video performance of 2021 Festival artist and violinist Miranda Cuckson, playing Simon’s beautiful piece.

Carlos Simon is a native of Atlanta, Georgia whose music ranges from concert music for large and small ensembles to film scores with influences of jazz, gospel, and neo-romanticism.

Simon was named as one of the recipients for the 2021 Sphinx Medal of Excellence. The Sphinx Medal of Excellence is the highest honor bestowed by the Sphinx Organization, recognizing extraordinary classical Black and Latinx musicians. Along with a $50,000 career grant, Sphinx annually awards the Medals of Excellence to three artists who, early in their career, demonstrate artistic excellence, outstanding work ethic, a spirit of determination, and an ongoing commitment to leadership and their communities. Simon’s latest album, MY ANCESTOR’S GIFT, was released on the Navona Records label in April 2018. Described as an “overall driving force” (Review Graveyard) and featured on Apple Music’s “Albums to Watch” MY ANCESTOR’S GIFT incorporates spoken word and historic recordings to craft a multifaceted program of musical works that are inspired as much by the past as they are the present.

As a part of the Sundance Institute, Simon was named as a Sundance/Time Warner Composer Fellow in 2018, which was held at the historic Skywalker Ranch. His string quartet, Elegy, honoring the lives of Trayvon Martin, Michael Brown and Eric Garner was recently performed at the Kennedy Center for the Mason Bates JFK Jukebox Series. With support from the US Embassy in Tokyo and US/Japan Foundation, Simon traveled with the Asia/America New Music Institute (AANMI) on a two-week tour of Japan in 2018 performing concerts in some of the most sacred temples and concert spaces in Japan including Suntory Hall in Tokyo, Japan.  Other recent accolades include being a Composer Fellow at the Cabrillo Festival for Contemporary Music, winning the Underwood Emerging Composer Commission from the American Composers Orchestra in 2016, the prestigious Marvin Hamlisch Film Scoring Award in 2015, and the Presser Award from the Theodore Presser Foundation in 2015. He has also served as a contributing arranger for Rachel Barton Pine Foundation’s Music by Black Composers series for violin.

Acting as music director and keyboardist for GRAMMY Award winner Jennifer Holliday, Simon has performed with the Boston Pops Symphony, Jackson Symphony, and St. Louis Symphony. He has toured internationally with soul GRAMMY-nominated artist, Angie Stone, and performed throughout Europe, Africa, and Asia.

Simon earned his doctorate degree at the University of Michigan, where he studied with Michael Daugherty and Evan Chambers. He has also received degrees from Georgia State University and Morehouse College. Additionally, he studied in Baden, Austria at the Hollywood Music Workshop with Conrad Pope and at New York University’s Film Scoring Summer Workshop.

Carlos Simon, Jr. is a member of many music organizations including ASCAP (American Society of Composers, Authors and Publishers), where he was honored as one of the “Composers to Watch” in 2015 and will take part in the ASCAP Film Music Workshop in Los Angeles, California in 2019. He is also an honorary member of Phi Mu Alpha Music Sinfonia Fraternity and a member of the National Association of Negro Musicians, Society of Composers International, and Pi Kappa Lambda Music Honor Society. His compositions have been published by the Gregorian Institute of America (GIA) Publications and Hal Leonard Publications.

Bill Traylor was born a slave in Alabama in 1853 and died in 1949. He lived long enough to see the United States of America go through many social and political changes. He was an eyewitness to the Civil War, Emancipation, Reconstruction, Jim Crow segregation and the Great Migration. As a self taught visual artist, his work reflects two separate worlds— rural and urban, black and white, old and new. In many ways the simplified forms in Traylor’s artwork tell of the complexity of his world, creativity, and inspiring bid for self-definition in a dehumanizing segregated culture. This piece is inspired by the evocative nature as a whole and not one piece by Traylor. Themes of mystical folklore, race, and religion pervade Traylor’s work. I imagine these solo pieces as a musical study; hopefully showing Traylor’s life between disparate worlds.

Text related to Bill Traylor and the project title “Between Worlds” are borrowed from, and organized in relation to, Between Worlds: The Art of Bill Traylor, by Leslie Umberger for the Smithsonian American Art Museum, (book and exhibition), 2018: https://americanart.si.edu/exhibitions/traylor.