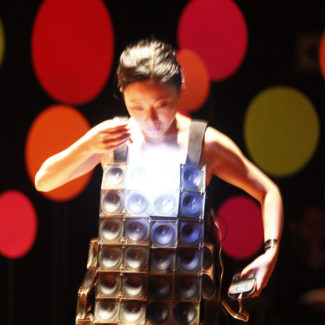 Described by The Wire as an artist “unafraid of working within different disciplines and stylistic constraints”; Pauchi Sasaki’s interdisciplinary approach integrates musical composition with the design of multimedia performances, the application of new technologies, and the development of self-designed instruments seeking the embodiment of electronic music performance. A composer, performer and improviser, her music recreates intimate subjective landscapes through electro-acoustic sonorities mixed with field recordings and synthesis, influenced by improvisational aesthetics and ethnic musical traditions.