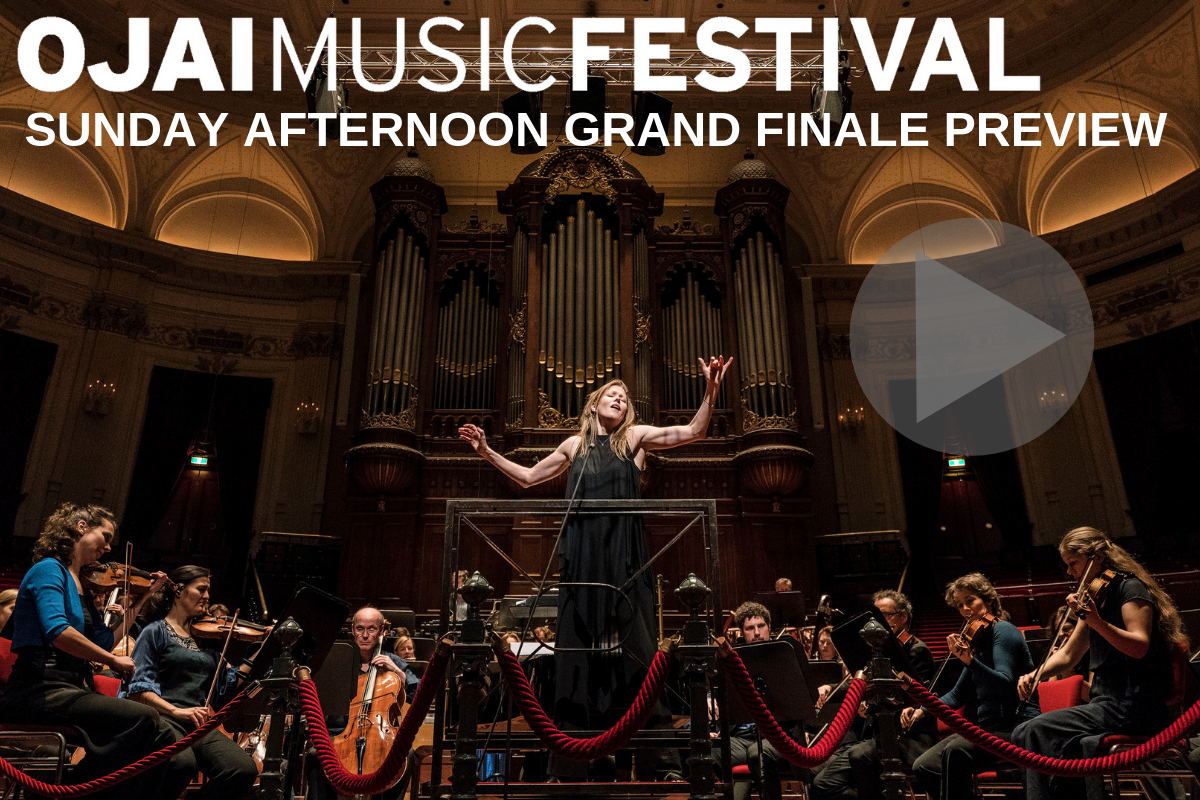 This year’s closing concert highlights that music, to thrive, must always be about the joyous urgency of now. With a series of contrasting pieces, festival director Barbara Hannigan celebrates the “synthesis of dark and light: chiaroscuro,” as she puts it.

Haydn’s Symphony No. 49, composed in 1768, demonstrates the process in which old and new huddle together at the threshold of change. The orchestration and structure are conventional and yet the content reflects the unprecedented emotional turbulence of Haydn’s Sturm und Drang period: dynamic extremes, dramatic melodic leaps, and unexpected accents and silences. Stravinsky’s Pulcinella, a ballet interspersed with songs featuring stock characters, echoes Baroque composer Pergolesi and creates new perspectives for the present.

George Gershwin’s Girl Crazy, inspired by jazz, Tin Pan alley, and Broadway theater, premiered in 1930 and featured an all-star cast that included Ethel Merman and Ginger Rogers, and a pit orchestra teeming with luminaries. Featuring Barbara Hannigan as both conductor and soprano, Bill Elliott’s Girl Crazy Suite enfolds the show’s hits in a series of droll arrangements that extend from gauzy impressionism to brassy Broadway swagger, bringing the dramatic finale of this year’s festival to a fitting close.