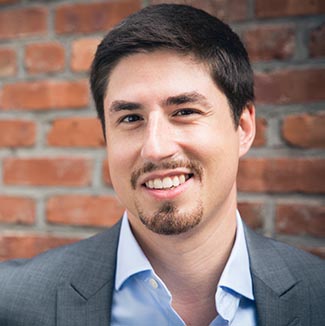 Through his activities as a conductor, vocalist, pianist, and composer, Eric Dudley enjoys a busy schedule of performances in the United States and abroad. After distinguished tenures as assistant conductor for both the Cincinnati Symphony Orchestra and the Princeton Symphony, he recently appeared as principal conductor for the 2015 Bendigo Festival of Exploratory Music in Australia. Among his latest guest conducting engagements are the National Symphony Orchestra at the Kennedy Center, Hartford Symphony Orchestra (CT), Adelphi Chamber Orchestra (NJ), TENET Vocal Ensemble (NY), Signal Ensemble (NY), International Contemporary Ensemble (ICE), and the Melbourne International Arts Festival. He served for four years on the part-time faculty of Mannes College in New York as director of the Mannes Prep Philharmonic and The New School Chorus, and begins his next appointment as music director of the San Francisco Conservatory Orchestra in the 2016–17 concert season.
As a founding member of Roomful of Teeth, Dudley is a performer on the group’s 2014 Grammy Award–winning debut album; their latest album, Render, was nominated in the same category in 2016 and includes one of his compositions. For eight seasons, Dudley has also been a tenor in the Grammy-nominated Choir of Trinity Wall Street, where in addition to his role as an ensemble and solo singer, he has prepared the choir for performances at the Brooklyn Academy of Music, performed as a pianist and harpsichordist on Trinity’s chamber series, and served as assistant and guest conductor for a number of the Trinity Choir and Baroque Orchestra’s concert offerings. His own works have received premieres by the Hartford Symphony Orchestra, Roomful of Teeth, Quey Percussion, and through a residency grant from Meet the Composer and the New England Foundation for the Arts. Born in Canada and raised in Connecticut, Dudley received his bachelor’s degree in composition from the Eastman School of Music, and earned master’s and doctorate degrees in orchestral conducting as the recipient of the Dean’s Prize from Yale.