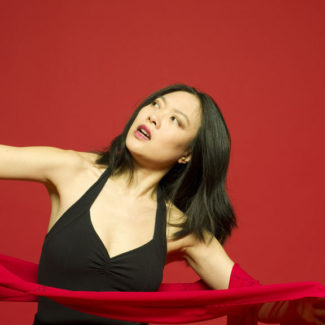 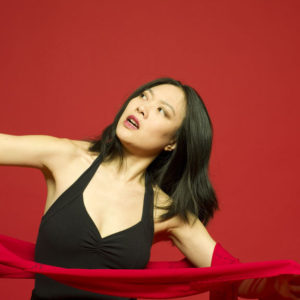 Jen has produced six albums as a leader, including Synastry (Pi 2011) with co-bandleader and bassist Mark Dresser, which made her the first female artist and vocalist as bandleader on Pi Recordings; and most recently the critically acclaimed album Sounds and Cries of the World (Pi 2015), which landed on many “Top 10 Best Albums of 2015” lists, including the New York Times and The Nation. It features her band Jade Tongue currently comprised of trumpeter Ambrose Akinmusire, violist Mat Maneri, bassist Thomas Morgan, and drummer Dan Weiss. Ben Ratliff of the New York Times calls it her “latest and best album” as well as calling her concerts “the most arresting performances I’ve seen over the past five years. It’s not just the meticulous preparation of the work and the range of its reference, but its flexibility: She seems open, instinctual, almost fearless.” Larry Blumenfeld writes in the Wall Street Journal, “Her voice, a wonder of technical control and unrestrained emotion, tells a story dotted with well-researched facts and wild poetic allusions. She claims both as her truths.”

Jen is currently based in New York City, touring with Jade Tongue and performing Solo Rites: Seven Breaths in the US and abroad. In March 2016, she premiered Song of Silver Geese, a multilingual, ritual music drama composed for her band Jade Tongue, dancer Satoshi Haga, and Mivos Quartet at Roulette. She is currently working on this and her next solo work, which will result in a United States 50-state “Songs of the World Now (SOWN)” tour in collaboration again with director Garin Nugroho.