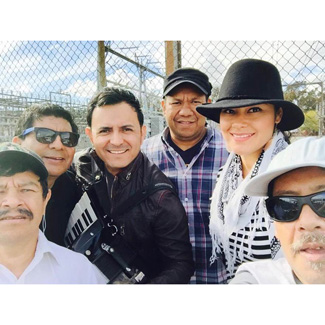 It’s been 15 years since Los Jornaleros del Norte began singing about and for the worker and immigrant community in the United States. It was an immigration raid at a corner of day laborers in the City of Industry, California, which was the impetus for the creation of music and poetry of resistance for them. On that day, a day laborer and musician, Omar Sierra, wrote “El Corrido de Industry” which recounted the events of the raid. This inspired others to share their stories through song and with the help of Pablo Alvarado, founding member and Director of NDLON (National Day Labor Organizing Network), day laborers began to write, sing, and share their struggles and hopes through music and poetry. Since then, they’ve become the soundtrack for the day laborer and immigrant community’s struggle for visibility, inclusion, and equality. Their songs are a historical document of the experiences of the migrant worker community in the United States.