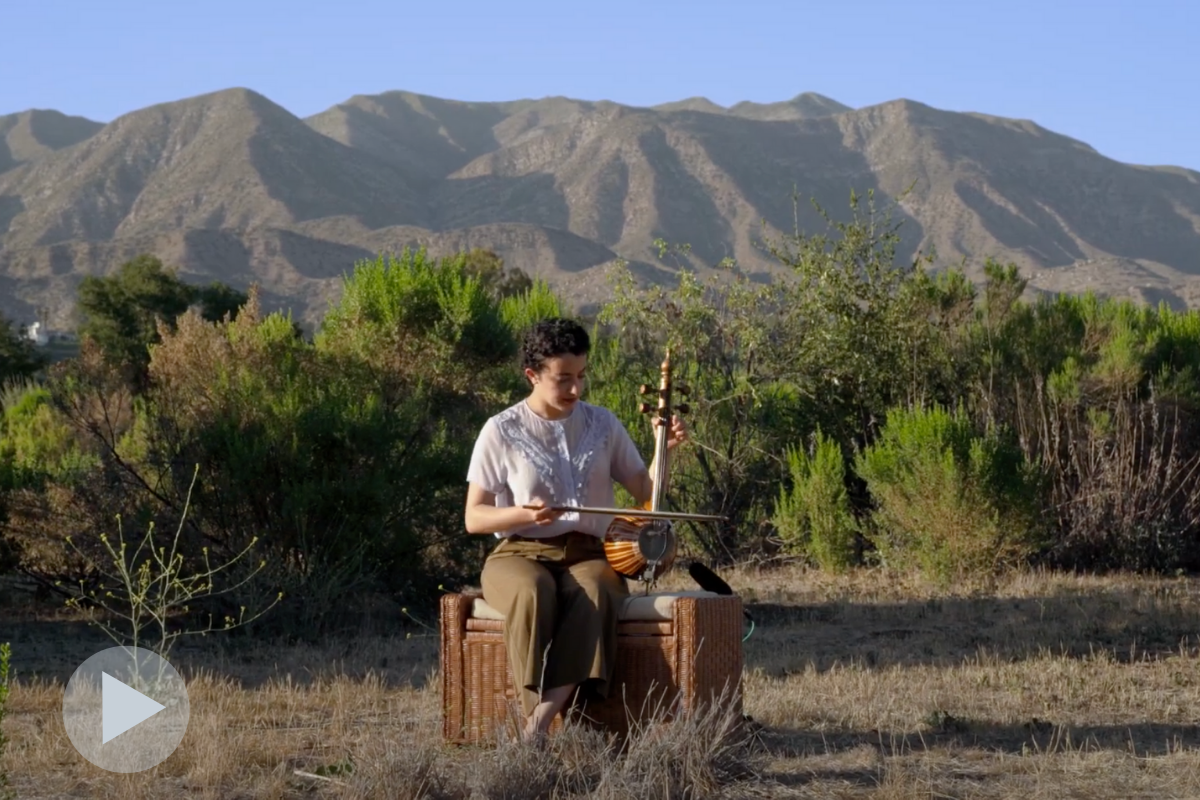 I write this on the first day of summer at a welcome time of our world opening up. There is a warmth in the air and the promise of gathering with friends and family.

Music ultimately thrives in the moment of its sounding. When John Adams and I began talking about the 2021 Ojai Festival as long ago as fall 2019, we never imagined the resonance that our incipient plans would have nearly two years later. Neither of us wanted the 75th anniversary to be a retrospective of the Festival’s golden past and John specifically wanted to provide a forum for a new generation of composers that he admired. Coming out of a pandemic, this focus on younger composer now reads like a much-needed statement of faith in the present, and the promise of the future.

John has been one of the most generous of composers throughout his career. As a conductor, he has led something in the vicinity of 100 premieres of new works with orchestras and ensembles across the world. His friendships and collaboration with such artists as Peter Sellars, Dawn Upshaw, Leila Josefowicz, Julia Bullock, Lorraine Hunt-Lieberson, and Sanford Sylvan have been among the defining milestones of their careers. John and I met at a Cal Arts Festival in the 1980s, when his Grand Pianola Music was creating a stir for its unabashed exuberance and immediacy. His works then and in the intervening decades have helped create a unique American voice for our time – he seamlessly folds in multiple influences and experiences, from the Duke Ellington band playing on a summer platform at Lake Winnipesaukee in his New Hampshire childhood, to New England Transcendentalism, to the Schoenberg Chamber Symphony, to the California sensibilities of the Beat Generation, to  defining political events of our time as the material of opera, to the symphonies of Sibelius and much more.

John recently made a visit to Ojai during the mid-June week which had been the period of the original scheduled Festival. We shared a series of free pop-up mini-concerts in outdoor settings throughout Ojai, as a gift to the community and in anticipation of the Festival to come in September. It was such a joy to hear music again in the summer air of Ojai, with those magical Topa Topa mountains framing the scene.

Here is a small gift to you with our heartfelt thanks for all that you do and for your belief in the future of the Ojai Music Festival. While in Ojai earlier this month, we were graced by the company of Niloufar Shiri, a composer, improviser, and kamancheh player, who is currently working on her doctorate in composition at UC Irvine. The musical heritage of the kamancheh, a bowed lap fiddle, ranges from the Iran and the Middle East to Central Asia. Niloufar recorded this brief work in the magical setting of the Ojai Meadows Preserve, one of the numerous glorious natural areas preserved for all by the Ojai Valley Land Conservancy.

We bring this to you in celebration of music made in Ojai and with deep gratitude for your continued support. Thank you and see you at Libbey Bowl in September!

With thanks and warm regards from all of us at the Ojai Festival,

ABOUT Niloufar Shiri, Kamancheh
Niloufar Shiri is a kamancheh player and composer from Tehran, Iran, trained in Iranian classical music. Niloufar is a graduate in kamâncheh performance of the Tehran Music Conservatory and received her bachelor degree with honors in composition from UC San Diego.

The Ojai Valley Land Conservancy is a community supported nonprofit that protects and restores the open space, wildlife habitat, watersheds, and views of the Ojai Valley for current and future generations. In the Ojai Valley, the OVLC manages roughly 2,300 acres of open space. On these lands the OVLC maintains 27 miles of trail, guides hundreds of visitors, and hosts tens of thousands of school children, hikers, equestrians, and others each year.  For more information visit their website here.