Ojai Music Festival and WQXR’s Q2 Music present an evening of performance and discussion at The Jerome L. Greene Performance Space in New York on April 13, 2017

END_OF_DOCUMENT_TOKEN_TO_BE_REPLACED 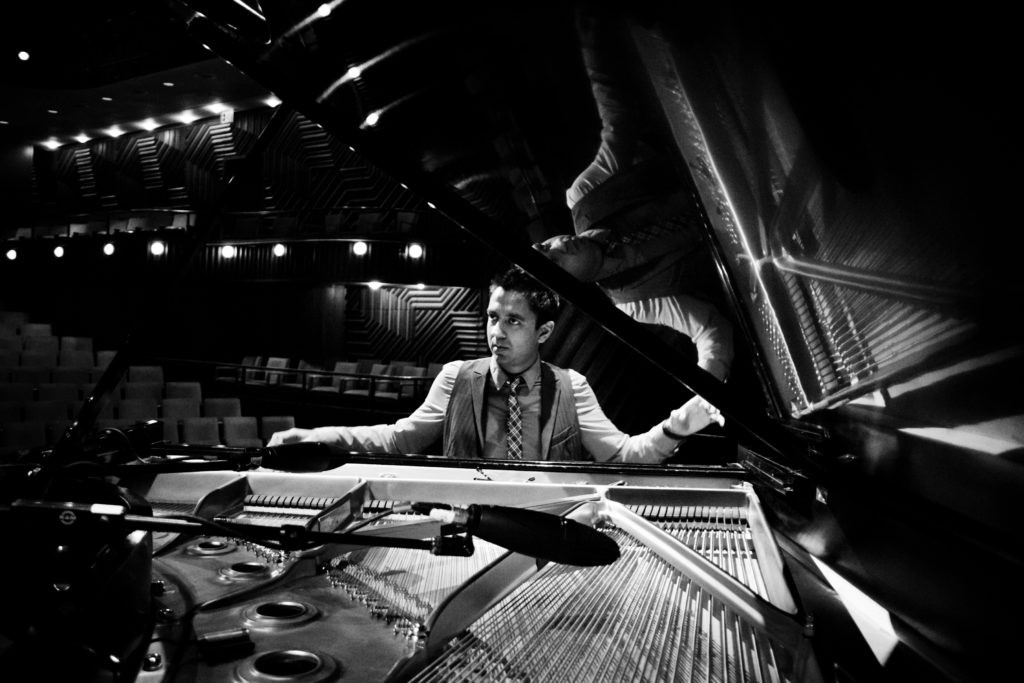 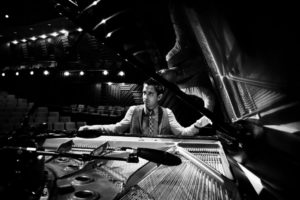 For tickets to the April 13, 7:00pm event, visit TheGreeneSpace.org or watch a live video stream of the event at Q2Music.org

“I’m honored, as Music Director of the 2017 Ojai Music Festival, to convene this gathering of some of the most brilliant and important music-makers that I know. Our evening of music and conversation at The Greene Space offers a glimpse of the scope of this four-day event in Southern California, with a few of the incredible artists who will be on hand: George Lewis, whose opera Afterword will have its west coast premiere at the Festival; composer-trumpeter Wadada Leo Smith, a collaborator and mentor of mine, will join me in duets from our project A Cosmic Rhythm with Each Stroke; the dazzling violinist Jennifer Koh will perform some of the ancient and cutting-edge solo music from her sprawling repertoire; and multi-instrumentalist-composer Tyshawn Sorey will offer some of his latest creations.”  – Vijay Iyer, 2017 Music Director

(OJAI, CA – March 29, 2017) — In advance of the upcoming 2017 Ojai Music Festival (June 8-11), the Festival and media partner WQXR’s Q2 Music present an evening of discussion and performance on April 13, at 7pm, at The Jerome L. Greene Performance Space in New York as part of their three-year partnership.

Helga Davis, also a 2017 Ojai Music Festival artist in Courtney Bryan’s Yet Unheard, will focus the April 13 evening around the intersection of music composed and improvised. The Association for the Advancement of Creative Music (AACM) has engaged this dichotomy since its inception, and the AACM serves as an underlying thread in the April 13 event as well as the upcoming Ojai Music Festival. The evening will feature solo performances by Vijay Iyer and duets by Mr. Iyer and Tyshawn Sorey, as well as Mr. Iyer and Wadada Leo Smith in excerpts from their acclaimed release A Cosmic Rhythm with Each Stroke. Rounding out the evening, Jennifer Koh will perform Esa-Pekka Salonen’s chaconne for solo violin Lachen verlernt (Laughing Unlearnt). Composer George Lewis will join the artists in discussion with Ms. Davis.

Tickets, April 13 at 7pm
Tickets for the event are $20 and can be purchased at TheGreeneSpace.org where the event will be webcast live.

Of the upcoming Ojai Music Festival, Vijay Iyer commented, “When I was invited to take on the role of Music Director for the 2017 Ojai Music Festival, it was a shocking but validating proposition. As an artist, I like to insert myself into situations where some might not necessarily imagine I belong. I have many different affinities musically, and also very real associations across different musical communities, generations, geographic locations, and traditions that speak to me and through me. Our 2017 Festival feels like a good opportunity to update the idea of what music is today. I know the hallowed history of this Festival and I’ve seen different versions of what it can be. I’m just glad that Tom Morris invited me to intervene, and to bring my people with me. I’m going to learn so much over those few days in June, and I believe everyone there will discover a great deal – not just about music, but about themselves.”

Ojai Music Festival Tickets
Festival single tickets \ may be purchased online at OjaiFestival.org or by calling (805) 646-2053. Tickets range from $40 to $150 for reserved seating and are $15 for lawn tickets. Student and group discounts are also available.

Directions to Ojai and performance venues, as well as information regarding lodging, a concierge service, and other Ojai activities, are also available on the Ojai Music Festival web site.

Ojai Live webcast of 2017 Festival
Ojai Live begins on Thursday, June 8 with the evening concert at Libbey Bowl. The dynamic multi-camera live webcast brings the Ojai Music Festival to audiences around the world with live broadcasts of performances and interview segments. Watch Ojai Live at OjaiFestival.org.

Ojai at Berkeley
Marking the seventh year of artistic partnership, Ojai at Berkeley celebrates the dynamic nature of the Ojai Music Festival and of Cal Performances. As two distinct communities, Ojai and Berkeley are both known for intrepid artistic discovery, spirited intellect, and enduring engagement in the arts. Inaugurated in 2011, Ojai at Berkeley is a joint force that enables co-commissions and co-productions and allows artists to achieve more than could be imagined by each organization separately. Ojai at Berkeley follows the 2017 Ojai Music Festival and will take place from June 15-17 in Berkeley, CA. For more information visit CalPerformances.org.

Vijay Iyer, 2017 Ojai Music Festival Music Director
Composer-pianist Vijay Iyer is the Franklin D. and Florence Rosenblatt Professor of the Arts at Harvard University. He was named Downbeat Magazine’s Jazz Artist of the Year for 2012, 2015, and 2016, and he received a 2016 US Artists Fellowship, 2013 MacArthur Fellowship, a 2012 Doris Duke Performing Artist Award, and a 2011 Grammy nomination. He has released twenty-one albums, including A Cosmic Rhythm with Each Stroke (ECM, 2016) in duo with legendary composer-trumpeter Wadada Leo Smith, named “Best New Music” by Pitchfork; Break Stuff (ECM, 2015) with the Vijay Iyer Trio, winner of the German Record Critics’ Award for Album of the Year; the live score to the film RADHE RADHE: Rites of Holi (ECM, 2014) by filmmaker Prashant Bhargava; and Holding it Down: The Veterans’ Dreams Project (Pi Recordings, 2013), his third politically searing collaboration with poet-performer Mike Ladd, named Album of the Year in the Los Angeles Times.

About the Ojai Music Festival
From its founding in 1947, the Ojai Music Festival has created a place for groundbreaking musical experiences, bringing together innovative artists and curious audiences in an intimate, idyllic setting 80 miles northwest of Los Angeles. The Festival presents broad-ranging programs in unusual ways with an eclectic mix of rarely performed music, refreshing juxtapositions of musical styles, and works by today’s composers. The four-day festival is an immersive experience with concerts, free community events, symposia, and gatherings. Considered a highlight of the international music summer season, Ojai has remained a leader in the classical music landscape for seven decades.

The Festival, which enters its 71st year in 2017, is a nonprofit organization based in Ojai, California. David Nygren serves as the board chairman, Jamie Bennett is the president, and Thomas W. Morris serves as Artistic Director.