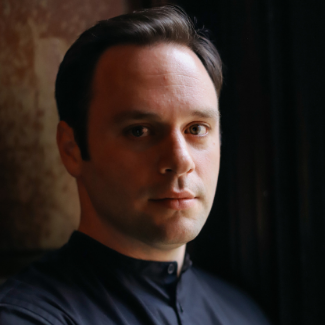 Admired for his interpretive depth, vocal strength, and range of expressivity, tenor Paul Appleby is one of the most sought-after voices of his generation. Appleby continues to grace the stages of the world’s most distinguished concert halls and opera houses while collaborating with leading orchestras, instrumentalists, and conductors. Opera News claims, “[Paul’s] tenor is limpid and focused, but with a range of color unusual in an instrument so essentially lyric… His singing is scrupulous and musical; the voice moves fluidly and accurately.” Recent appearances include performances of John Adams’ Girls of the Golden West with the BBC Symphony Orchestra and the Los Angeles Philharmonic and productions of Candide at the Grand Théâtre de Genève and Die Zauberflöte at the Glyndebourne Festival.

Appleby’s operatic performances span both world premieres and beloved classics and have included the title role of Pelléas et Mélisande at the Metropolitan Opera, conducted by Yannick Nézet-Séguin, and at Dutch National Opera led by Stéphane Denève; the world premiere of John Adams and Peter Sellars’ Girls of the Golden West (Joe Cannon) at the Dutch National Opera and San Francisco Opera; Stravinsky’s The Rake’s Progress (Tom Rakewell) at the Festival d’Aix-en-Provence, Oper Frankfurt, Metropolitan Opera, and at Dutch National Opera in a new production by Simon McBurney; new productions of Handel’s Saul (Jonathan) directed by Barrie Kosky and led by Ivor Bolton and of Béatrice et Bénédict (Bénédict) directed by Laurent Pelly and conducted by Antonello Manacorda at the Glyndebourne Festival; Die Zauberflöte (Tamino) at San Francisco Opera and Washington National Opera; and Offenbach’s The Grand Duchess of Gerolstein(Fritz) at Santa Fe Opera.