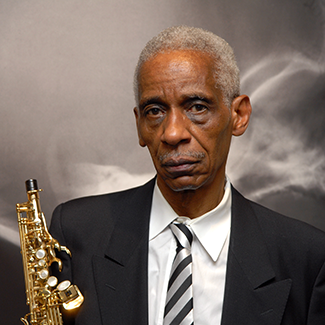 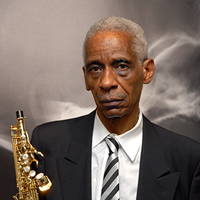 Internationally renowned musician, composer, and innovator, began his distinguished career in the spirited 1960s of Chicago, Illinois. His role in the resurrection of long neglected woodwind instruments of extreme register, his innovation as a solo woodwind performer, his and his reassertion of the composer into what has traditionally been an improvisational form have placed him at the forefront of contemporary music for over four decades. A leader in the field of avant-garde jazz and contemporary music, Mr. Mitchell is a founding member of the world renowned Art Ensemble of Chicago, the Association for the Advancement of Creative Musicians, and the Trio Space.

Mr. Mitchell has recorded 87 albums and has written over 250 compositions. His compositions range from classical to contemporary, from wild and forceful free jazz to ornate chamber music. His instrumental expertise includes the saxophone family, from the sopranino to the bass saxophone; the recorder family, from sopranino to great bass recorder; flute, piccolo, clarinet, and the transverse flute. Also, for over 35 years, he has designed an elaborate percussion instrument called the Percussion Cage, consisting of instruments from America, China, Tibet, Africa, Australia, Switzerland, France, Germany, Italy, and Turkey, as well many found instruments.
He is the recipient of many honors and awards including the following: The American Music Center Letter of Distinction 2004 – Art Ensemble of Chicago; The International Jazz Critics Poll, Down Beat Magazine (Composer “Talent Deserving Wider Recognition” [1980], Best Jazz Group (Established)-Art Ensemble of Chicago [1999, 1985, 1982, 1981, 1980, 1973, 1971], Record of the Year-Nonaah [1979]); Jazz Personality of the Year, City of Madison, Wisconsin [1997]; Named Madison Music Legend by “Madison” Magazine [2001]; Certificate of Appreciation, The St. Louis Public Schools Role Model Experiences Program [1996]; Honorary Citizen of Atlanta, GA [1980]; Outstanding Service to Jazz Education Award, National Association of Jazz Educators [1988]; Certificate of Appreciation, Art Ensemble of Chicago, Smithsonian Institution [1979]; and the National Association for the Advancement of Colored People’s Image Award [1982].

In 2004, Mr. Mitchell received a commission from the City of Munich to compose three compositions, “COMPOSITION / ONE, TWO AND THREE” for Large Ensemble, which were premiered at the Symposium on Improvised Music in Munich, Germany on Sept. 11. In 2003, at the home of the SEM Ensemble, Willow Place Auditorium in Brooklyn, NY, Mr. Mitchell premiered “Non-Cognitive Aspects of the City”, a composition for Baritone Voice and Orchestra, with text by Joseph Jarman. This premier was performed by Petr Kotik and the SEM Ensemble with Thomas Buckner, Baritone Voice. He also premiered the work at Ostrova Days, in the Czech Republic, where conductor Petr Kotik added musicians from the Janacek Philharmonic Orchestra to increase the size of the orchestra from 35 to 90 players. At Ostrova Days Mr. Mitchell also gave master classes and a lecture on the AACM and compositional/improvisational music. He also premiered”21B”, a work for solo soprano saxophone.

Also in 2003, he was selected as Artist-In-Residence for the 25th Annual Chicago Jazz Festival where he conducted an open rehearsal/workshop, premiered three works for jazz big band, and premiered two compositions for an nine-piece ensemble.

In 2000, Mr. Mitchell premiered two new compositions in ‘s-Hertogenbosch, Nederlands; Gent, Belgium; and Essen, Germany. “The Bells of Fifty Ninth Street”, a work for Alto Saxophone and Gamelan Orchestra, and “59A”, a composition for Solo Soprano Saxophone. These works were commissioned by November Music 2000.
On May 20, 1998, Mr. Mitchell premiered “Fallen Heroes”, a work for Orchestra, Baritone Voice, and Solo Alto Saxophone. This work was premiered by the Petr Kotik SEM Ensemble with Thomas Buckner, Baritone Voice, and Roscoe Mitchell, Solo Alto Saxophone, at New York City’s Alice Tully Hall. “Fallen Heroes” received it’s European premiere at Prague Spring Festival in the Czech Republic on May 22, 1999. In this performance, Mr. Kotik, once again, added musicians from the Janacek Philharmonic Orchestra to increase the size of the orchestra from 35 to 90 players.

On June 17, 1995, Mr. Mitchell premiered “Memoirs of a Dying Parachutist”, a work for Baritone Voice and Chamber Orchestra, with text by Daniel Moore at the New York Society for Ethical Culture in New York City. This work was performed by Petr Kotik and the SEM Ensemble with Thomas Buckner, Baritone Voice.