Sitting In with Vijay Iyer 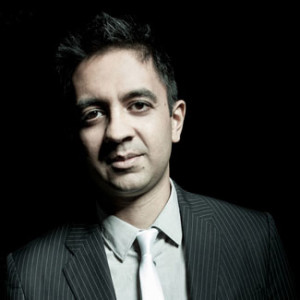 Back in 1992 Vijay Iyer, studying physics at UC Berkeley and living in Oakland, crossed the street to check out the music in a neighborhood club. Before long the young graduate student and largely self-taught jazz pianist was sitting in with a cohort of local elder statesmen, three and four times his age. Music had already begun to dominate Vijay’s interests, but those evenings in the Bird Kage club taught him something more: his creative juices began to flow when curiosity overcame diffidence, and wariness gave way to mutual trust. Ever since, he has been crossing streets and sitting in, finding his place in a succession of vibrant musical communities.

Vijay Iyer likes thinking about communities – where you find them, how they are formed, what cultural expressions they create. And what they create is very much a question of how they listen. The communities Iyer has found create music through improvisation – listening, thinking, weighing options, making decisions, finding ways to open new doors, or, as he likes to put it, “responding to crisis.” So from jamming with friends and strangers, seeking out mentors, and studying the masters he has developed his own distinctive musical personality combining expressive warmth with dazzling inventiveness. In the meantime, his academic interests turned toward the cognitive science of music: questions about how we listen, how we make music, and how we interpret what we hear. For Iyer, a MacArthur Fellow and Harvard professor, music is both emotional and intellectual, visceral and analytical, an activity whose structure and syntax are deeply imbedded in our shared humanity and cultural experience. 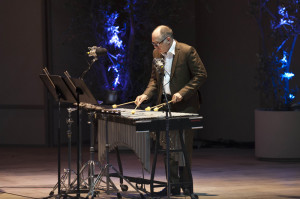 For all his celebrity, he is remarkably self-effacing and in conversation devotes a good deal of time speaking about others – celebrated idols, cherished teachers, treasured colleagues, admired contemporaries to whom he feels indebted. It is therefore no surprise that his selection of artists for this year’s festival is both multi-generational and deeply personal: “people who are dear to me – each has changed my life.” People like the cellist Okkyung Lee and choreographer Michelle Boulé (“visceral, awe-inspiring”), Steven Schick (“a transformative influence”), or Roscoe Mitchell (“completely changed my idea of what music can be”) – musicians who have inspired, challenged, and even confounded him.

Today Vijay inhabits a post-genre world, and Ojai 2017 will no doubt challenge and confound our notions of music. The familiar – Bach’s Art of the Fugue, Stravinsky’s Rite of Spring (in a new arrangement for 12 players) – are juxtaposed with his Time, Place, Action for quartet and piano, Emergence for piano trio and orchestra, and his score to Prashant Bhargava’s Radhe Radhe: Rites of Holi, a cinematic refraction of the Indian festival of Holi, created for the centennial of Stravinsky’s iconic Rite. We’ll also hear a newly commissioned violin concerto for Jennifer Koh, and performances by some of the foremost improvisers of today, including three legends: Wadada Leo Smith, Roscoe Mitchell, both in their 70s, and pianist Muhal Richard Abrams, now 86 – living exemplars of generational transmission, a reminder of the “real education” Iyer received when he sought out musicians “older, better, wiser than me.” 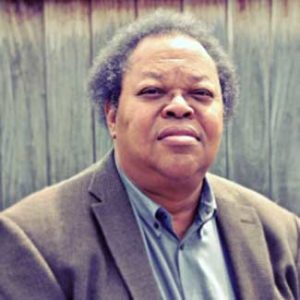 Smith, Mitchell, and Abrams, emerging from the African American musical movements of the 1950s and 60s – its patron saints included the likes of Coltrane, Mingus, Ornette Coleman, and Thelonious Monk –  have in turn shaped the scene of the last fifty years, not least through their activities with the Association for the Advancement of Creative Musicians (AACM), which they co-founded in 1965 in Chicago. We’ll hear Afterword, an opera about the group’s origins by the composer George Lewis, whose research and creative work (we heard The Will to Adorn in 2015) often explore the relationships among music, community, and the self. We’ll also hear a Lewis protégée, the young composer Courtney Bryan, whose work Yet Unheard for soprano, orchestra, and choir, with libretto by poet Sharan Strange, explores the current moment; the piece conjures the soul and spirit of Sandra Bland, whose unexplained death in police custody in Texas has become one of many tragedies motivating the Black Lives Matter movement. 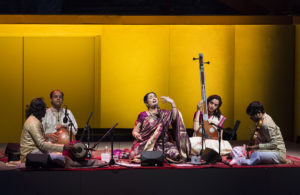 Vijay self-identifies as a composer, but he also places a lot of faith in real-time music-making. In Ojai he’ll play duets with the aforementioned trumpeter-composer Wadada Leo Smith, and he will also make music with two of today’s foremost Indian classical performers: Carnatic vocalist Aruna Sairam (who mesmerized in her 2015 Ojai debut) and pioneering tabla legend Zakir Hussain. The thrill of the musical moment is also why Iyer is so excited by Tyshawn Sorey (“one of the greatest living musicians – period”), whose Perle Noire: A Portrait of Josephine Baker was a highlight of last year’s Ojai Festival. This year Tyshawn will appear as a featured percussionist throughout the festival, and will present his own, uncategorizable music for Double Trio. Also, in a special program, Sorey will lead members of International Contemporary Ensemble using a technique called “conduction,” a process that exemplifies what Iyer values most in music: a community forged through listening. For Iyer it’s all a matter of trust, though not in the sense of a safe space, but a space for shared daring. Whether responding to the intricate systems of Indian music, the technique of orchestral composition, or the challenges of ensemble improvisation, Vijay is looking for expressive frontiers, “to put ourselves at maximum creative risk whenever possible.”

And he’s inviting us to sit in.