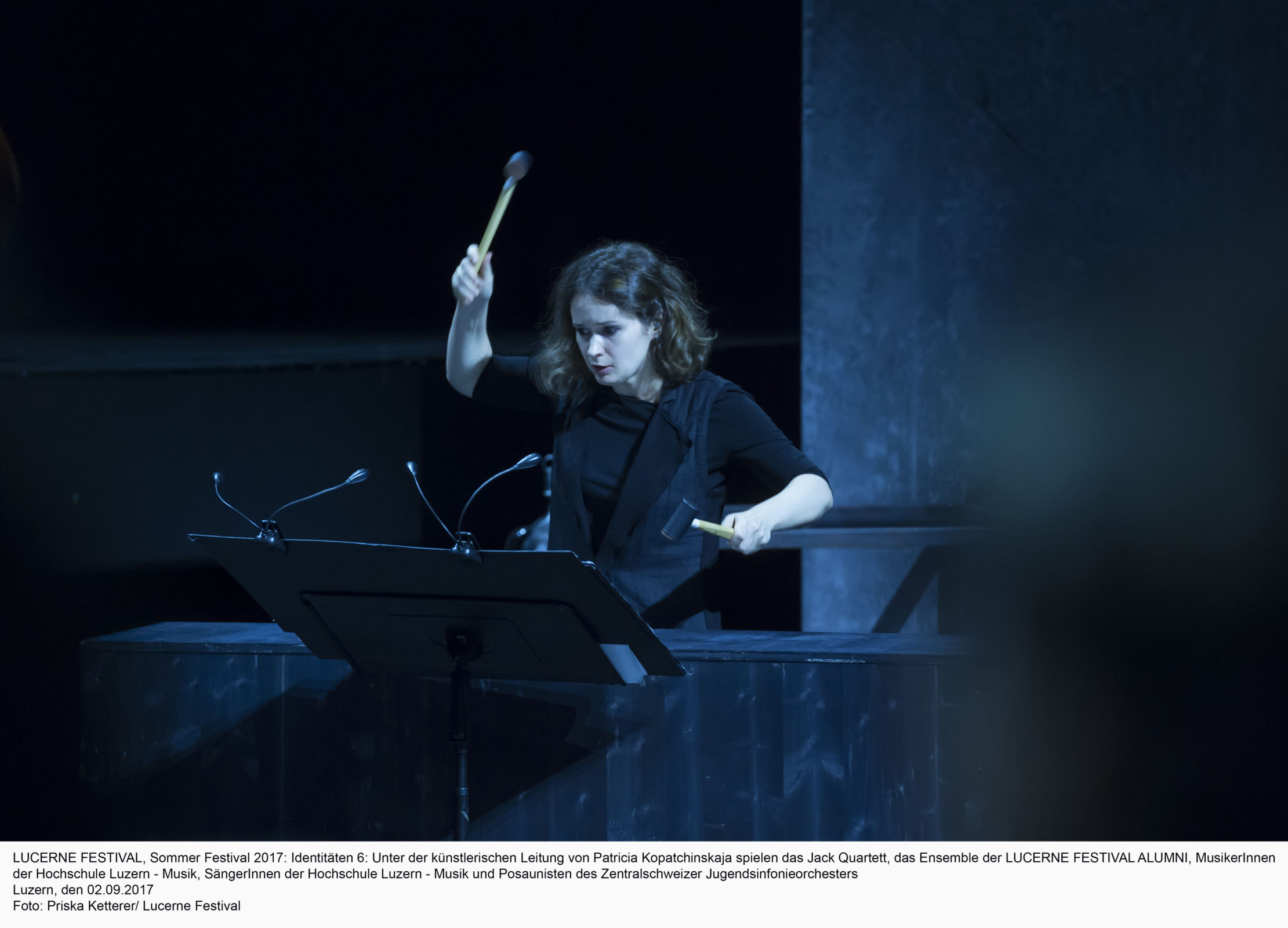 “It’s like a dream to be able to play over the course of only a few days and hear my most beloved musical pieces of our time, and to share with the audience members of the most vibrant and progressive festival on the American continent – OJAI. These pieces changed my life – I hope ­ they will also find a very special place in your souls,” Patricia Kopatchinskaja, 2018 Music Director.

American composer Michael Hersch will premiere at the 2018 Ojai Music Festival a new piece described by him as a dramatic cantata for two sopranos and eight instrumentalists. It will then be performed at Cal Performances’ Ojai at Berkeley and at Great Britain’s venerable Aldeburgh Festival. Mr. Hersch, who wrote a violin concerto for Ms. Kopatchinskaja two years ago, is considered one of the most gifted composers of his generation and is a formidable pianist. He currently serves on the composition faculty at the Peabody Institute of the Johns Hopkins University. This new work is a co-commission by the Ojai Music Festival, Cal Performances Berkeley, the Aldeburgh Festival, and PNReview, the prominent British poetry magazine at which Mr. Hersch is artist-in-residence.

Additional programming highlights include Kurtag’s Kafka Fragments; Stravinsky’s L’Histoire du Soldat on the occasion of its centennial; major chamber and piano music by Galina Ustvolskaya; as well as Roumanian and Moldavian folk music performed by Ms. Kopatchinskaja and her parents, Viktor and Emilia Kopatchinski on cimbalom and violin. The Festival closes with the Ligeti Violin Concerto performed by Patricia Kopatchinskaja.