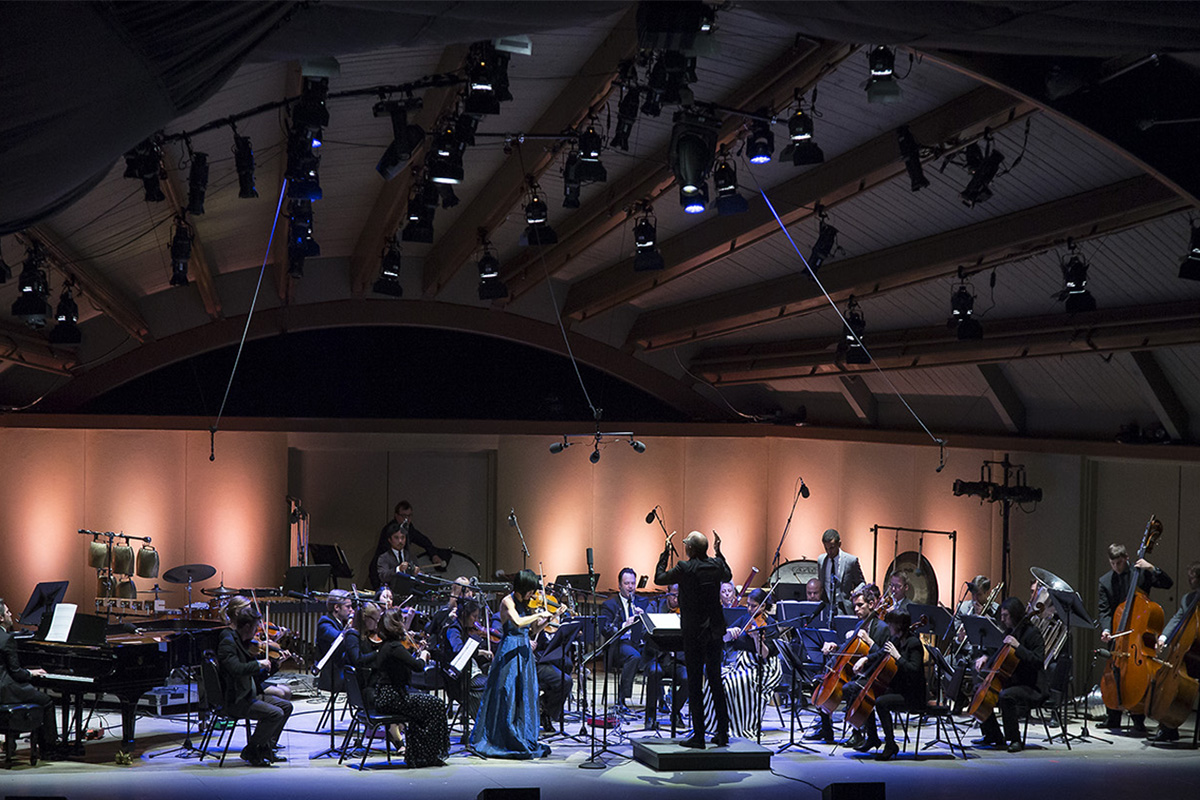 The 2017 Ojai Music Festival with Music Director Vijay Iyer embodied the spirit of the Festival with an openness to discovery and stretching musical boundaries. This year as Vijay expressed the 71st edition was an opportunity to bring various communities together. Relive the 2017 Festival anytime by watching our archived live streaming concerts on our You Tube channel. View photos here.

Feedback from our audience, artists, and members of the press is important to us. Read review excerpts, which we will continue to update as press reviews come in, or download the PDF version here.

[Vijay Iyer] made a festival with a history of daring and risk-taking become more vital and daring than ever. – San Diego Union-Tribune

The compelling feature was in what appeared to be Iyer’s own quest to find examples of how to take the next step and make the music your own.

For that he brought some of the great masters of day, with special and illuminating attention on Chicago’s Association for the Advancement of Creative Music. Friday night, Iyer presented the West Coast premiere of George Lewis’ brilliant 2015 opera, “Afterword,” written to commemorate the 50th anniversary of AACM” – Los Angeles Times

Over the weekend, we heard Iyer in multiple settings. He showed his ever-deepening attributes as a composer, most notably in the impressive world premiere of his engaging Violin Concerto, “Trouble,” for style-flexible virtuoso Jennifer Koh (whose late-night solo concert “Bach And Beyond,” melding Bach, Berio and others, was a bold highlight of the weekend). – DownBeat magazine

Proving once again that for the truly fearless, nothing is impossible, the 2017 Ojai Music Festival effectively erased the boundaries between jazz, classical, traditional Indian music, and more over the course of four sound-packed days in and around Libbey Bowl. – Santa Barbara Independent

Improvisation and invention from two continents staked out new ground somewhere in between. Was it jazz? Maybe. But as a whole, this year’s gathering in Ojai thrived under its long-held, suitably broad umbrella of “music festival,” and an excellent, engrossing one at that. Ultimately, those are the only labels that matter. – Los Angeles Times

The Festival is only possible because of the generosity of our donors.

Help us embark on our 72nd year with a contribution!