The 2019 Ojai Music Festival with Music Director Barbara Hannigan brought a new experience to this year’s listeners, as she showcased her numerous skills as “a fearless femme fatale actress, dancer, athlete, sports psychologist, educator, cook and rising star conductor”. (Read the rest of this article here).  Relive the 2019 Festival anytime by watching our …

END_OF_DOCUMENT_TOKEN_TO_BE_REPLACED 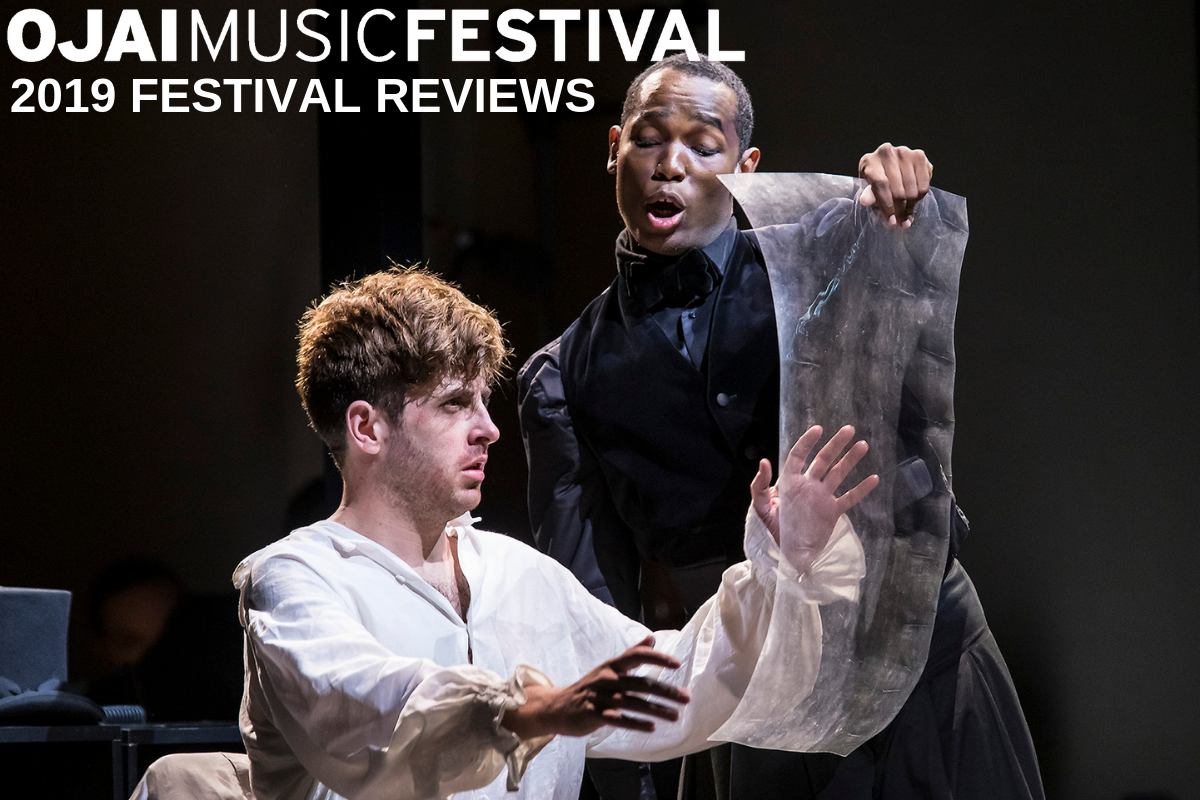 Feedback from our audience, artists, and members of the press is important to us. Read review excerpts below. We will continue to update these next few as reviews come in.

“Hannigan thrust her arm to the sky in a gesture of pure triumph, all you could say was, “Wow!” SFCV

“a Coachella for classical and new-music fans.” LA Weekly

“Here was Ms. Hannigan in all her polymathic glory: the impresario who commissioned the piece; the conductor whose persuasive authority demonstrated that it was no vanity project; and the alluring singer, bright and magnetic, who wasn’t above ending on a literal high note.”  NY Times

“It is still the quirkiest major music festival in America.” LA Times

“Over its four movements, Schoenberg makes the transition from Wagnerian chromaticism into free-floating atonal space, with a soprano adding a text in the final two movements. Hannigan made it sound downright operatic, pushing her voice to expressionistic limits with a rapid flutter as the members of the JACK bore down.” – Musical America

“Suddenly, in the past few years, the jazz portion of the (contemporary music-geared Ojai Music Festival) story has been shifting and expanding in relevant ways… this year’s roster included jazz- related artists John Zorn, Tyshawn Sorey, and Mark-Anthony Turnage.” – All About jazz

“one of America’s most daring and contemporary-oriented festivals, well-known around internationally.” – Santa Barbara Independent

“If music is a journey, then the Ojai Music Festivalis a serendipitous and often indirect one.” – Los Angeles Review of Books

In Hannigan’s sensitive hands, Vivier’s incantatory 22-minute score, which he called “a long song of solitude,” made touching emotional and narrative sense and conjured arresting timbres from the percussion instruments, including chimes and bass drum. – Classical Voice North America