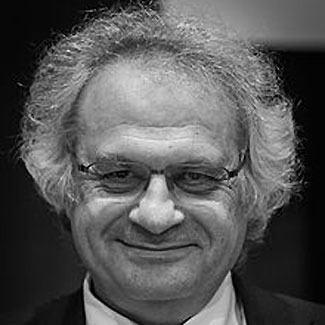 Born in Beirut in 1949, Amin Maalouf has lived in France since 1976. After studying sociology and economics, Maalouf joined the Lebanese daily An-Nahar, for which he travelled the world covering numerous events, from the fall of the Ethiopian monarchy to the last battle of Saigon. Forced to emigrate by the war in Lebanon, he settled in Paris, where he resumed journalism, and from where he started to travel again, from Mozambique to Iran and from Argentina to the Balkans. He became editor of the international edition of An-Nahar, then editor-in-chief of the weekly Jeune Afrique, before giving up all his posts to dedicate himself to literature.

His literary work, written in French, is today translated into more than 40 languages. It includes novels, essays and opera librettos, notably:

In 2007-2008, at the European Commission’s request, Amin Maalouf chaired a think tank on multilingualism. A report was produced, titled A Rewarding Challenge: how the multiplicity of languages could strengthen Europe.