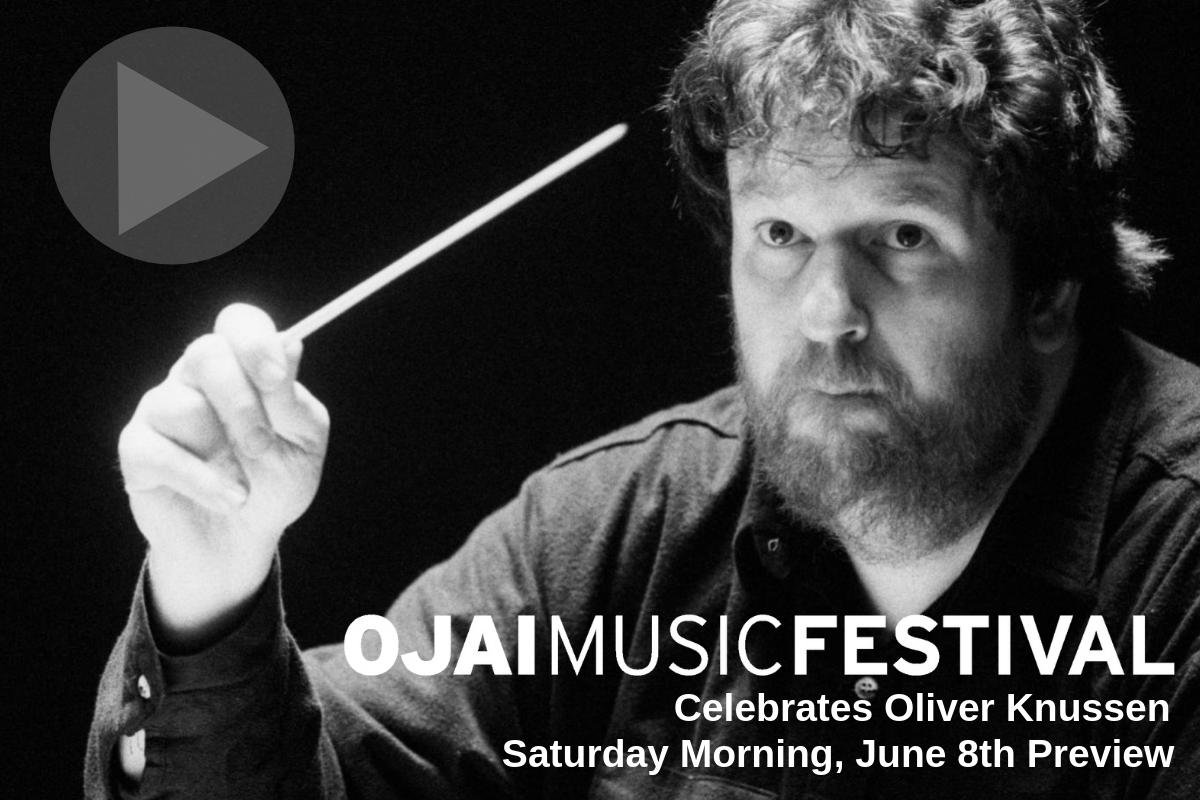 This Two-part concert opens with a tribute to the late Oliver Knussen (2005 Ojai Music Director), a composer of infinite wit, imagination, and refinement, qualities readily in evidence in this wide-ranging selection of chamber works. In the dramatic scene, Twice Through the Heart, Mark-Anthony Turnage (who studied with Knussen), filters his fascination with contemporary social issues through jazz and classical idioms. Rachmaninoff’s idiom is lushly Romantic. Here, though, LUDWIG presents his orchestral tone poem, The Isle of the Dead, in an arrangement for chamber ensemble.

This is a concert Olly Knussen would have loved. He was a champion of new music, including that of his student and close friend Mark-Anthony Turnage, but he also loved the delectable harmonies and rich orchestral textures of such late Romantics as Sergei Rachmaninoff.

The works on this tribute are all relatively short but chronological. Masks, the rare early piece that survived Knussen’s critical scrutiny, is heard here with its ad libitum glass chimes. It has joined Debussy’s Syrinx and Varèse’s Density 21.5 as one of the classics of the solo flute literature. Knussen described the next three works that make up a triptych as “diary-like expressions” that were at the same time explorations of new harmonic spaces.

Autumnal, written in memory of Benjamin Britten, has two movements – Nocturne and Serenade – named after two of Britten’s own song cycles.

In Sonja’s Lullaby, written for Knussen’s infant daughter (now an accomplished singer specializing in new music), the lowest registers of the piano anchor a gentle rocking motion and widely spaced sonorities and filigree in the voices above.

Cantata for oboe and string quartet, the longest movement of the set, is more episodic, a quality that reminded Knussen of 18th-century solo cantatas in their alternation of recitatives and self-contained numbers. There are moments of high drama before an introspective coda recalls the work’s opening.

Ophelia’s Last Dance is fashioned from one of the many fragments in Knussen’s compositional workshop (this one dating from 1974). The melody continued to haunt him and in 2009-10 he brought it together with several other “‘homeless’ dance fragments” to produce a piece “related more by personal history and by mood than anything more concrete.” Study for “Metamorphosis” – another early work – was revised just before Knussen’s death and dedicated to the memory of the composer Alan Stout.