Composer, conductor, and creative thinker – John Adams occupies a unique position in the world of American music.  His works, both operatic and symphonic, stand out among contemporary classical compositions for their depth of expression, brilliance of sound, and the profoundly humanist nature of their themes. Over the past 30 years, Adams’ music has played …

END_OF_DOCUMENT_TOKEN_TO_BE_REPLACED 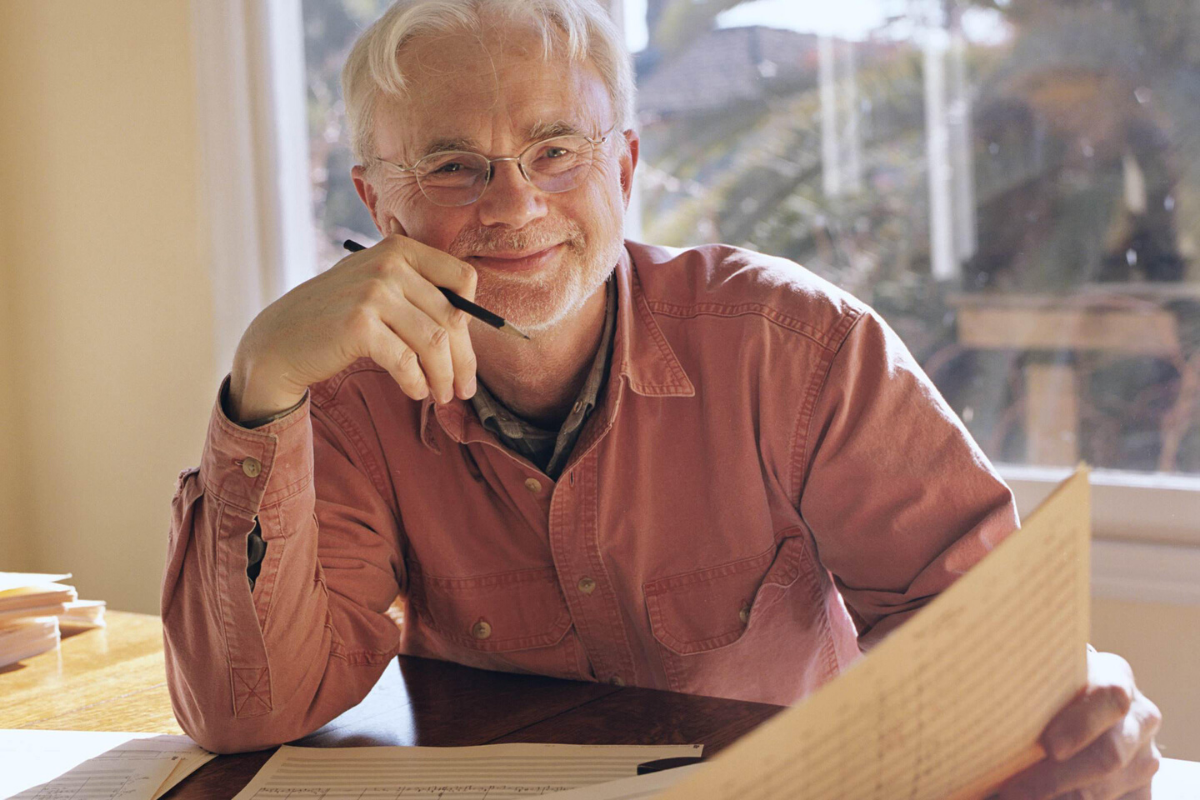 Composer, conductor, and creative thinker – John Adams occupies a unique position in the world of American music.  His works, both operatic and symphonic, stand out among contemporary classical compositions for their depth of expression, brilliance of sound, and the profoundly humanist nature of their themes. Over the past 30 years, Adams’ music has played a decisive role in turning the tide of contemporary musical aesthetics away from academic modernism and toward a more expansive, expressive language, entirely characteristic of his New World surroundings.

Born and raised in New England, Adams learned the clarinet from his father and played in marching bands and community orchestras during his formative years. He began composing at age ten and heard his first orchestral pieces performed while still a teenager. The intellectual and artistic traditions of New England, including his studies at Harvard University and attendance at Boston Symphony Orchestra concerts, helped shape him as an artist and thinker. After earning two degrees from Harvard, he moved to Northern California in 1971 and has since lived in the San Francisco Bay area. 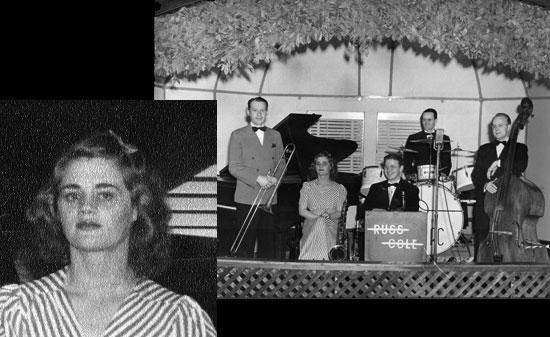 In 1985, Adams began a collaboration with stage director Peter Sellars that has resulted in three decades of groundbreaking operas and oratorios: Nixon in China (1987), The Death of Klinghoffer (1991), both to libretti by Alice Goodman, El Niño (2000), Doctor Atomic (2005), A Flowering Tree (2006), The Gospel According to the Other Mary (2012) and Girls of the Golden West (2017). Of his first opera, The New Yorker Magazine said, “Not since Porgy and Bess has an American opera won such universal acclaim as Nixon in China.”

Adams has received numerous Grammy awards, many of them for his over thirty releases on Nonesuch Records. In 2017 the Berliner Philharmoniker released The John Adams Edition, a multi-CD and DVD compilation of his music in performances conducted by Rattle, Dudamel, Petrenko, Gilbert and Adams himself. 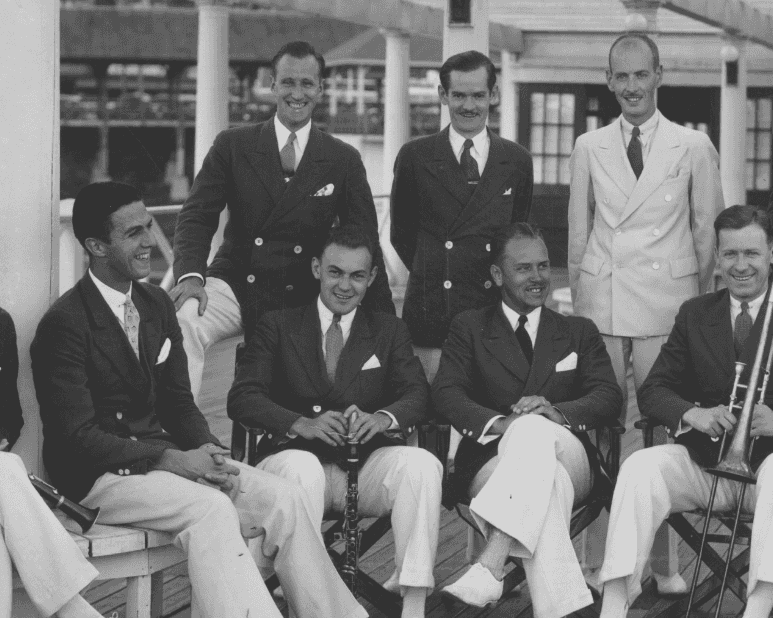 (Carl Adams, with Ed Murphy and his Orchestra in the 1930s)

A new recording of the complete opera Doctor Atomic, with Adams conducting the BBC Symphony and featuring baritone Gerald Finley and soprano Julia Bullock was released in July, timed to the new Sellars production at the Santa Fe Opera.

Must the Devil Have All the Good Tunes? a new concerto for pianist Yuja Wang, will be premiered in March of 2019 with the Los Angeles Philharmonic under Gustavo Dudamel.

Both Harvard and Yale universities have conferred honorary doctorates on Adams, as have Northwestern University, the Juilliard School and Cambridge University in England. Governor Arnold Schwarzenegger of California honored him with the Governor’s Award for his distinguished service to the arts in his adopted home state. His Violin Concerto won the 1993 Grawemeyer Award, and On the Transmigration of Souls, commissioned by the New York Philharmonic to commemorate the first anniversary of 9/11, received the 2003 Pulitzer Prize in Music.

Adams’ work for two-pianos, Hallelujah Junction, serves at the opening music in Lucca Guadagnino’s Academy Award-nominated film “Call Me By Your Name.”

John Adams is a much sought-after conductor, appearing with the world’s major orchestras, including the London Symphony Orchestra, the Concertgebouw Orchestra, the Berliner Philharmoniker, the Chicago Symphony and the Metroplitan Opera. His programming combines his own works with a wide variety of repertoire ranging from Beethoven, Mozart and Wagner to Ives, Stravinsky, Carter, Zappa, and Ellington.

In the current season Adams returns to the Cleveland Orchestra, the Orchestra of Santa Cecilia in Rome, the Dallas Symphony and the Oslo Philharmonic as well as leading the Juilliard Orchestra and presenting the world premiere of Philip Glass’s Symphony No. 12 with the Los Angeles Philharmonic.

Since 2009 Adams has held the position of Creative Chair with the Los Angeles Philharmonic where he has been instrumental in the success of that orchestra’s highly creative Green Umbrella new music series.

Through his conducting and commissioning of new works, Adams has become a significant mentor of the younger generation of American composers. The Pacific Harmony Foundation, created with his wife, the photographer Deborah O’Grady, supports commissions and performances of new works and musical education initiatives throughout the country. Adams’ educational activities reach from the local (the John Adams Young Composers program in his hometown of Berkeley, California) to the national and international (the Juilliard School, the Royal Academy of Music, the New World Symphony and the Berliner Phiharmoniker Akadamie).

John Adams is also a highly esteemed and provocative writer. He is a frequent contributor to the New York Times Book Review and has written for The New Yorker and The London Times.  Hallelujah Junction, Adams’s much praised volume of memoirs and commentary on American musical life, won the Northern California Book Award for Creative Nonfiction and was named one of the “most notable books of the year” by The New York Times. The official John Adams website is www.earbox.com.