Recipient of a 2016 Lincoln Center Emerging Artist Award, American soprano Kiera Duffy is recognized for her gleaming high soprano and insightful musicianship in a diverse repertoire ranging from Bach, Handel, and Mozart to the modern sounds of Carter, Feldman, and Mazzoli. A prolific concert artist, Duffy has appeared with the New York Philharmonic, Chicago …

END_OF_DOCUMENT_TOKEN_TO_BE_REPLACED 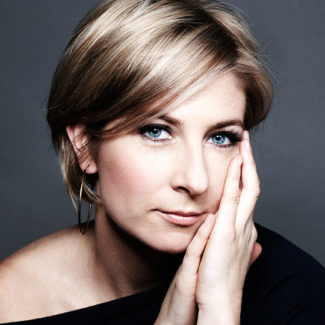 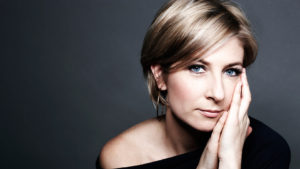 Recipient of a 2016 Lincoln Center Emerging Artist Award, American soprano Kiera Duffy is recognized for her gleaming high soprano and insightful musicianship in a diverse repertoire ranging from Bach, Handel, and Mozart to the modern sounds of Carter, Feldman, and Mazzoli.

In the fall of 2016, she premiered the role of Bess McNeill in Missy Mazzoli’s new opera Breaking the Waves with Opera Philadelphia and the Prototype Festival in New York City. Her performance garnered widespread critical acclaim from such publications as the New York Times, Opera News, Wall Street Journal, and the Philadelphia Inquirer. WQXR in New York City declared hers the Top Female Operatic Performance of 2016.

She made her debut with the Metropolitan Opera as Das Erste Blumenmädchen in Parsifal under Daniele Gatti, and with the Lyric Opera of Chicago as Stella in Previn’s A Streetcar Named Desire. She has also appeared on the operatic s

Duffy’s interpretations of modern and contemporary repertoire have garnered wide acclaim. She has performed often with the Los Angeles Philharmonic’s Green Umbrella Series in works of Schoenberg, Berio, Ligeti and Unsuk Chin; with the New York Philharmonic in compositions of Ligeti and Boulez; with the Metropolis Ensemble in works of Esa-Pekka Salonen, as well as reinterpretations of Berlioz by young composers Vivian Fung, Brad Balliett, Ryan Francis, Sayo Kosugi, Nicholas Britell and Caroline Shaw. As part of the 2012 American Mavericks series she toured David del Tredici’s Syzygy with members of the San Francisco Symphony and Michael Tilson Thomas.

Duffy was a Grand Finalist in the 2007 Metropolitan Opera National Council Auditions, a first-place winner of the Marian Anderson Competition in Philadelphia, and has also been recognized by the Young Concert Artists International Competition and the Philadelphia Orchestra’s Greenberg Competition. She was an accomplished pianist before pursuing degrees in vocal performance and pedagogy from Westminster Choir College. Duffy serves as an ambassador for the charity Sing With Haiti, which seeks to rebuild and support the Holy Trinity Music School in Port-au-Prince, Haiti after it was destroyed in the earthquake of 2010.

In addition to being a culture vulture, Duffy enjoys gardening, cooking, reading, and meditating. She has hiked Yellowstone, Yosemite and Grand Teton National Parks, and hopes to visit Glacier, Smoky Mountain, and Zion in the near future. She lives in the Philadelphia area with her husband, bass-baritone Jonathan Kimple, and their baby boy