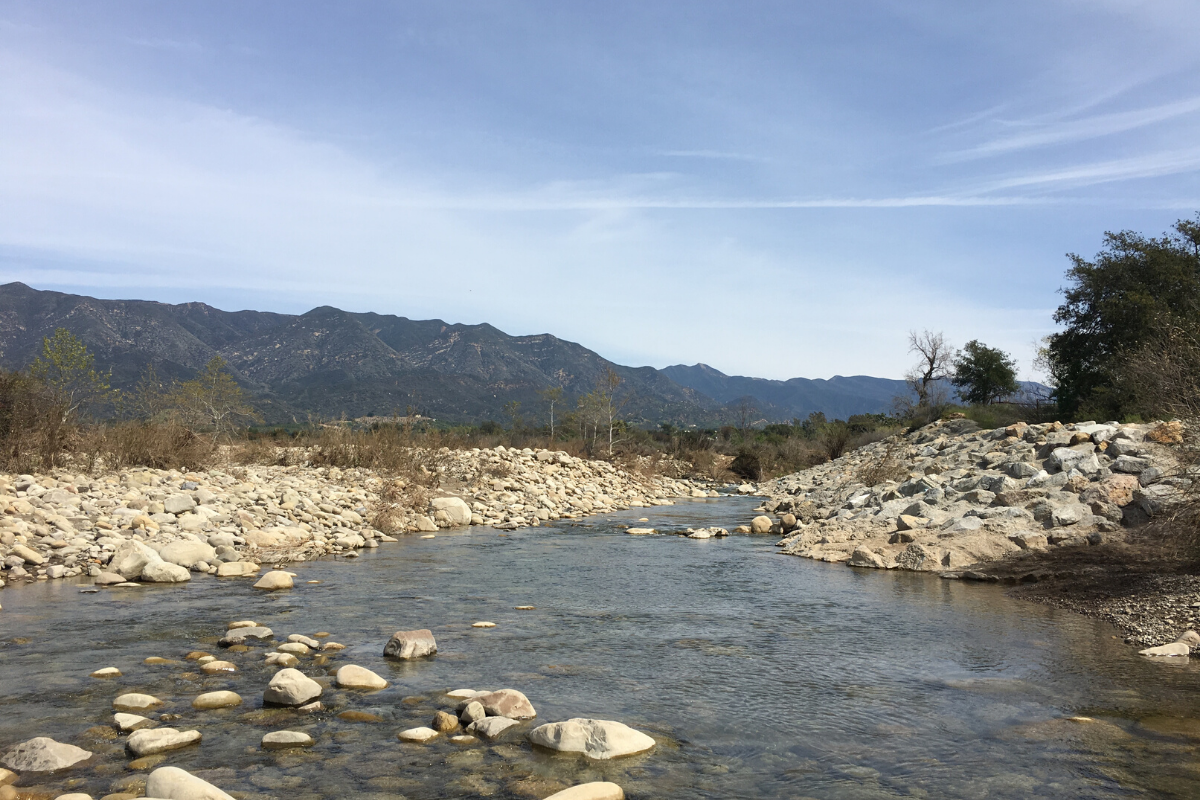 Seasons of the Sublime

In 1946, just one year before the Ojai Music Festival was founded, John Cage had a life-changing encounter with the Indian singer and tabla player Gita Sarabhai. “She was concerned about the influence Western music was having on traditional Indian music, and she’d decided to study Western music for six months with several teachers and then return to India to do what she could to preserve the Indian traditions,” Cage wrote. He offered to teach her for free if she would in turn help him understand Indian music.

The mutual exchange left a profound mark on Cage, who was coping with personal crisis during these years. When Sarabhai introduced him to the Gospel of Sri Ramakrishna, the effect was so powerful that it “took the place of psychoanalysis,” he remarked. Cage recalled that from Sarabhai he learned that “the purpose of music is to sober and quiet the mind, thus making it susceptible to divine influences.” Along with aesthetic and metaphysical ideas from Hinduism, Cage also continued to explore his ongoing interest in Zen Buddhism and its concepts of silence and mindfulness.

The Sonatas and Interludes for prepared piano explored what Cage called the “‘permanent emotions’ of Indian tradition … and their common tendency toward tranquility.” He turned to the Hindu understanding of the annual cycle in  his 1947 ballet The Seasons (with Lou Harrison contributing his efforts as an orchestrator). In String Quartet in Four Parts, composed between 1949 and 1950 and dedicated to Harrison, Cage again used the cycle of seasons as understood in Hinduism as a framework, tracing the phases of creation, preservation, destruction, and quiescence (which are associated with spring, summer, fall, winter, respectively).

Cage traveled to Europe in 1949 — where he met and was initially championed by Pierre Boulez — and started composing the quartet while in Paris during the summer: hence, the work begins with the season of “preservation.” The tempo seems to slow down gradually to near stasis for the third part (winter) and then suddenly quickens for the season of creative renewal, spring.

But within this familiar, four-movement context, Cage’s sound world is alien and often bewildering. The material comprises a kind of palette (Cage called it a “gamut”) of previously organized, fixed sonorities, each of which remains unchanged each time it recurs. The light touch and lack of vibrato he requests result in a weirdly archaic, not-quite-early-music sound.

If such austere melodies generate an aura of calm illumination, Matthias Pintscher’s Uriel is “about resonances, about the inward and outward givens of existence, about life itself,” as he observes. Hebrew titles are found throughout his oeuvre — as with bereshit and nur, both of which would have already been performed at this year’s Festival — though Uriel is also recognized in English as one of the principal figures in the hierarchy of angels — described by Milton as the “sharpest sighted spirit in all of Heaven” and cast as a tenor narrator in Haydn’s Creation.

The Hebrew word itself means “light of God.” The archangel Uriel is additionally associated with “God’s fire,” the sun, illumination, and artistic inspiration. Pintscher wrote Uriel in 2011-12 but later made it the final panel in a chamber triptych he calls Profiles of Light. The cycle begins with Now I, a work for solo piano in homage to his great mentor Pierre Boulez on his 90th birthday, and Now II for solo cello (both from 2015).

The names of all three pieces derive from the work of the American abstract expressionist Barnett Newman. His essay The Sublime Is Now points to the ways in which American abstract artists “free from the weight of European culture” (in 1947) reassert the “natural desire for the exalted.”

Pintscher, an avid collector of visual art, was especially drawn to the essence Newman distills in his painting Uriel (1955): “The closer Newman got to death, the more luminous his work became,” he says. Pintscher chose the cello as a highly suitable instrument for depicting such existential conditions” — mediating between the inward and outward illumination signified by the angel.

Following Cage’s elate stasis and Pinscher’s exquisite, visionary dialogue between cello and piano, Charles Ives’s Second String Quartet stages a stunning range of confrontations. The composer supplied a terse program of his own: “Four men — who converse, discuss, argue (in re ‘Politick’), fight, shake hands, shut up — then walk up the mountainside to view the firmament.” Along the way, their discourse is a far remove from Goethe’s “conversation between four reasonable, intelligent people.”

Annoyed by what he perceived as the affected refinement of the classical European tradition of quartet playing, Ives produced one of his most challenging, most maverick creations in the Second Quartet. He composed it between 1911 and 1913 but drew on earlier material; the work was not premiered until 1946 at Juilliard.

Woven into the score as expected with Ives, is an abundance of musical quotations, both vernacular American tunes and the flotsam of Old World tradition (Beethoven’s “Ode to Joy”) — all set against a sinewy atonal background. The final, transcendent movement in particular sets a snippet from Tchaikovsky’s Pathétique against “Nearer My God to Thee.” 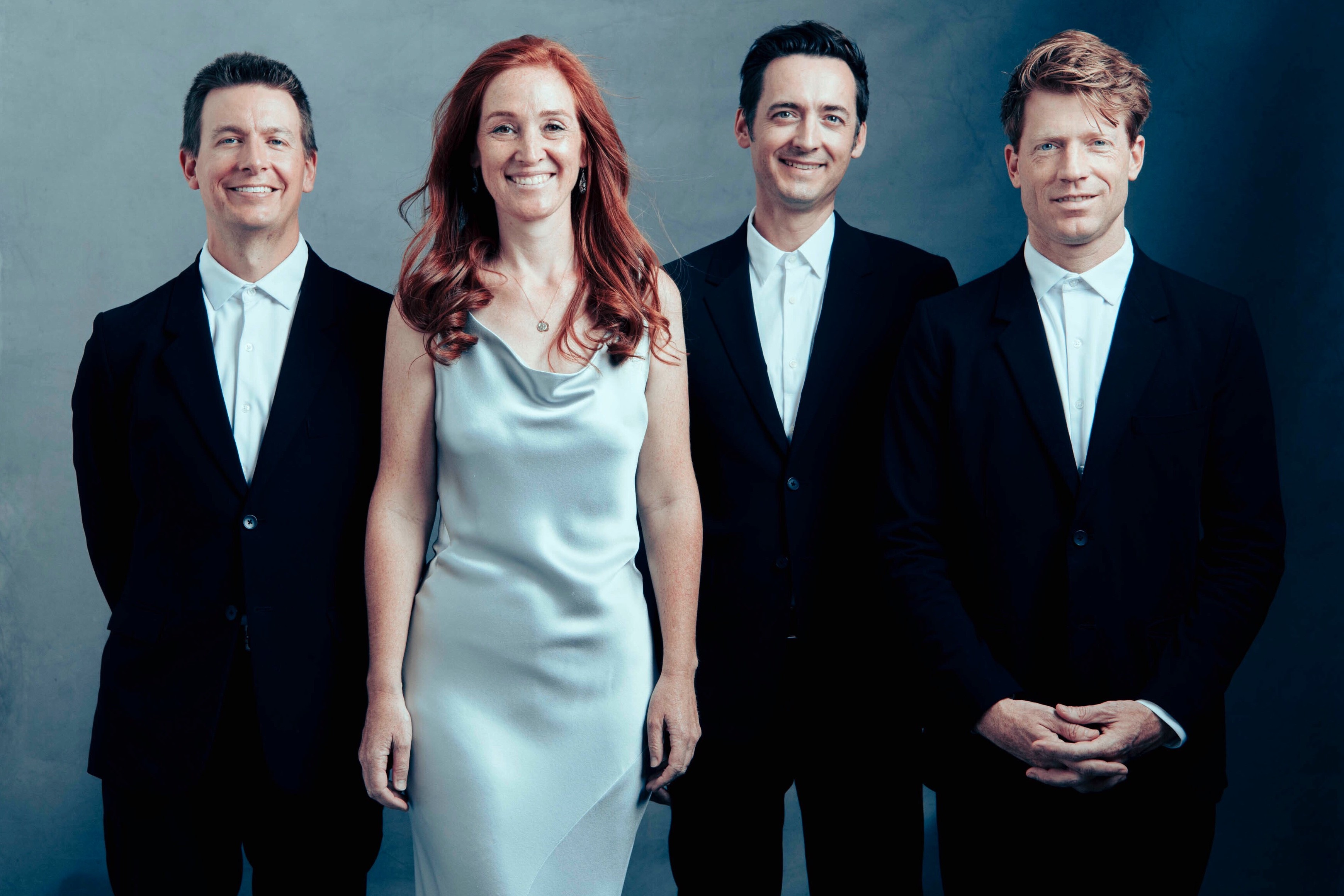 Hailed as “Superb” and “imaginative, skillful creators” by the New York Times, the Calder Quartet captivates audiences exploring a broad spectrum of repertoire, always striving to fulfill the composer’s vision in their performances. The group’s distinctive artistry is exemplified by a musical curiosity brought to everything they perform and has led them to be called “one of America’s most satisfying – and most enterprising – quartets”. (Los Angeles Times)

Winners of the prestigious 2014 Avery Fisher Career Grant, they are widely known for the discovery, commissioning, recording and mentoring of some of today’s best emerging composers. In addition to performances of the complete Beethoven and Bartok quartets, the Calder Quartet’s dedication to commissioning new works has given rise to premieres of dozens of string quartets by established and up-and-coming composers including Peter Eötvös, Andrew Norman, Christopher Rouse, Ted Hearne and Christopher Cerrone. Inspired by innovative American artist Alexander Calder, the Calder Quartet’s desire to bring immediacy and context to the works they perform creates an artfully crafted musical experience.

The quartet has signed an exclusive, multi-disc record deal with Pentatone records. Their debut recording features the music of Beethoven and Swedish composer Anders Hillborg. Previously the quartet has appeared on Signum Classics, BMC records, Bridge Records and E1 recording the quartets of Peter Eötvös with Audrey Luna, Thomas Adès’ chamber music with the composer at the piano, early works of Terry Riley, the chamber music of Christopher Rouse, Mozart Piano concertos with Anne-Marie McDermott, and Ravel and Mozart quartets.

As a side project, the quartet has collaborated with acts such as Andrew WK, Lord Huron, Vampire Weekend, and The National. Television appearances include the Late Show with David Letterman, Tonight Show with Jay Leno, Tonight Show with Conan O’Brien, Late Night with Jimmy Kimmel, and the Late Late Show with Craig Ferguson as well as radio appearances on KCRW’s Morning Becomes Eclectic, Performance Today, WQXR New York, KUSC Los Angeles, Colorado Public Radio, and NPR.

In 2011 the Calder Quartet launched a non-profit dedicated to furthering its efforts in commissioning, presenting, recording, and education, collaborating with

the Getty Museum, Segerstrom Center for the Arts, and the Barbican Centre in London. The Calder Quartet formed at the University of Southern California’s Thornton School of Music and continued studies at the Colburn Conservatory of Music with Ronald Leonard, and at the Juilliard School, receiving the Artist Diploma in Chamber Music Studies as the Juilliard Graduate Resident String Quartet. The quartet regularly conducts master classes and has taught at the Colburn School, the Oberlin School the Juilliard School, Cleveland Institute of Music, University of Cincinnati College Conservatory and USC Thornton School of Music.