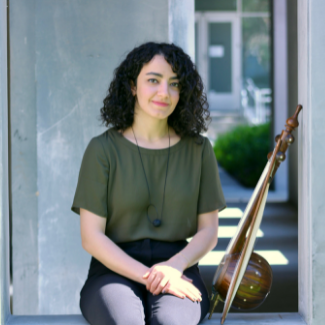 Niloufar Shiri is a kamancheh player and composer from Tehran, Iran, trained in Iranian classical music. Niloufar is a graduate in kamâncheh performance of the Tehran Music Conservatory and received her bachelor degree with honors in composition from UC San Diego.