Following 72nd Festival in Ojai with Music Director Patricia Kopatchinskaja Ojai at Berkeley continues for 8th season June 15-17, 2018 “It’s like a dream to be able to play over the course of only a few days and hear my most beloved musical pieces of our time, and to share with the audience members of …

END_OF_DOCUMENT_TOKEN_TO_BE_REPLACED 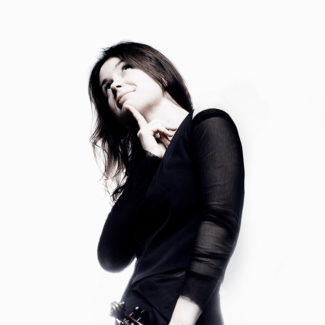 “It’s like a dream to be able to play over the course of only a few days and hear my most beloved musical pieces of our time, and to share with the audience members of the most vibrant and progressive festival on the American continent – OJAI. These pieces changed my life – I hope they will find a very special place also in your souls. I am delighted we can share some of these programs with Berkeley and with Aldeburgh.”  Patricia Kopatchinskaja, 2018 Music Director.

(OJAI CA – June 9) – As the Ojai Music Festival anticipates the 71st Festival (June 8-11, 2017) with Music Director Vijay Iyer, the Festival is proud to announce a new partnership with the renowned Aldeburgh Festival at Snape Maltings. Following the 2018 Festival in Ojai with Music Director Patricia Kopatchinskaja and the following week’s Ojai at Berkeley presented in collaboration with Cal Performances, the new partnership will take place during the Aldeburgh Festival (June 8th – 24th) based at the acclaimed Snape Maltings Concert Hall.

Ojai Artistic Director Thomas W. Morris said, “The Aldeburgh Festival has long been a beacon of music festivals – sharing Ojai’s commitment to adventure, innovation, and creativity. It is an enormous pleasure to announce our new partnership for co-productions and co-commissions with Snape Maltings, joining with our eight-year partnership with Cal Performances in Berkeley. Roger Wright, Chief Executive of Snape Maltings which runs the Aldeburgh Festival, is a long time friend and colleague, and his enthusiasm for new music, creative programming, and many of the same artists we enjoy in Ojai made the partnership inevitable.”

“I am delighted at the prospect of this new partnership between the Aldeburgh Festival and Ojai, and to join in the creation of new work and innovative programming for which both our Festivals are acclaimed. It will be a pleasure to work with Tom Morris, an inspirational colleague, and to continue to develop distinctive programming and build new audiences for significant new work,” said Chief Executive of Snape Maltings, Roger Wright.

“Ojai is more than a musical gathering — it is a festival of distinctive artistic ideas,” commented Matías Tarnopolsky, Executive and Artistic Director of Cal Performances, home of Ojai at Berkeley.  “That’s the essential reason Cal Performances chose to create a now longstanding partnership with the Ojai Music Festival to bring the focused and concise best of each year’s programs to Berkeley. Aldeburgh Festival, a jewel among Britain’s summer festivals, is Ojai’s peer in intellectual stature and in its superb setting, and the perfect onward journey from Ojai at Berkeley.  Cal Performances is proud to join hands with Aldeburgh Festival and the Ojai Music Festival in expanding Ojai’s musical horizons.”

The collaboration with Snape Maltings follows the formation of Ojai at Berkeley as a partnership of co-productions and co-commissions that affords the Ojai Music Festival, the Aldeburgh Festival, and Cal Performances the ability to present more complex and creative artistic projects than could be conceived by each partner separately. The relationship launches in June 2018, for an initial four-year period.

American composer Michael Hersch will premiere at the 2018 Ojai Music Festival a new piece, described by him as a dramatic cantata for two sopranos and eight instrumentalists. It will then be performed at Cal Performances’ Ojai at Berkeley and at the Aldeburgh Festival. Mr. Hersch, who wrote a violin concerto for Ms. Kopatchinskaja two years ago, is considered one of the most gifted composers of his generation and is a formidable pianist. He currently serves on the composition faculty at the Peabody Institute of the Johns Hopkins University. This new work is a co-commission by the Ojai Music Festival, Cal Performances Berkeley, the Aldeburgh Festival, and PNReview, the prominent British poetry magazine at which Mr. Hersch is artist-in-residence.

Additional programming highlights include Kurtag’s Kafka Fragments; Stravinsky’s L’Histoire du Soldat on the occasion of its centennial; major chamber and piano music by Galina Ustvolskaya; as well as Rumanian and Moldavian folk music performed by Ms. Kopatchinskaja and her parents, Viktor and Emilia Kopatchinski on cimbalom and violin. The Festival closes with the Ligeti Violin Concerto performed by Patricia Kopatchinskaja.

Additional details for Ms. Kopatchinskaja’s 2018 Festival will be announced in the fall. For up-to-date Festival information, artist biographies and photos, and access to concert, etc., visit website Ojaifestivals.org

Advance 2018 series subscriptions will be available for purchase during the 2017 Festival and online immediately following on June 12 at OjaiFestival.org.

Ojai at Berkeley
Next week marks the eighth year of artistic partnership. Ojai at Berkeley celebrates the dynamic nature of the Ojai Music Festival and of Cal Performances. As two distinct communities, Ojai and Berkeley are both known for intrepid artistic discovery, spirited intellect, and enduring engagement in the arts. Inaugurated in 2011, Ojai at Berkeley is a joint force that enables co-commissions and co-productions and allows artists to achieve more than could be imagined by each organization separately. Ojai at Berkeley will take place from June 15-17 in Berkeley, CA, following the Ojai Music Festival. For more information, visit CalPerformances.org.

Aldeburgh Festival
Aldeburgh Festival was founded in 1948 by composer Benjamin Britten, and is centered in a collection of renovated mid-nineteenth century malthouses in England’s East Anglia, northwest of London along the coast in the village of Snape, a few miles inland from the town of Aldeburgh. Celebrating its 70th Festival in 2017, the two-week Aldeburgh Festival emphasizes the presentation of new and distinctive repertoire and performances and features the music of Britten. Music theatre and opera form part of the program, as does the presentation of a visual arts program.  The Festival is run by Snape Maltings, which is a unique creative campus running a year-round residency and performance program including the Britten-Pears Young Artist Programme, Aldeburgh Residencies, Aldeburgh Young Musicians, the Jerwood Opera Writing Programme and the Snape Proms.