The 2018 Ojai Music Festival with Music Director Patricia Kopatchinskaja brought something new as it was dark with “bursts of brightness shining through a celebration of death and renewal.” This year, as Patricia expressed, the 72nd edition was an opportunity to bring the town and visitors together with the modernity that was presented during the …

END_OF_DOCUMENT_TOKEN_TO_BE_REPLACED 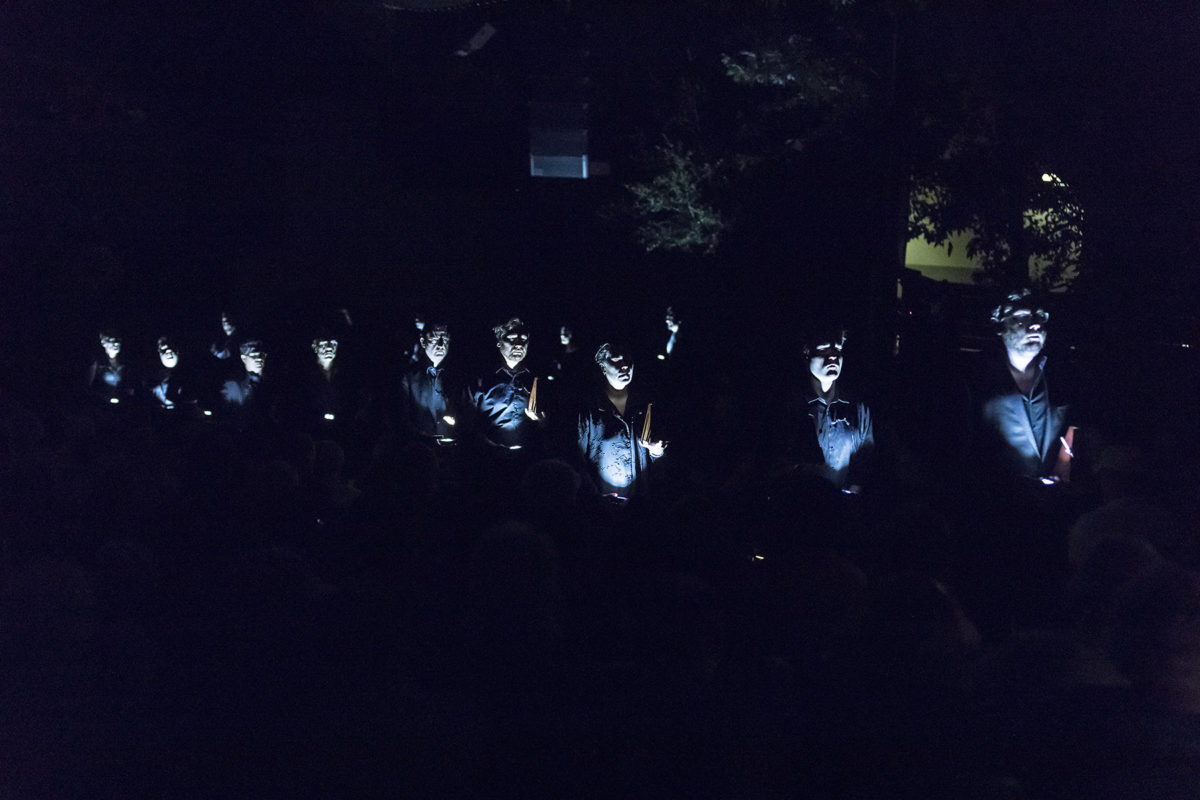 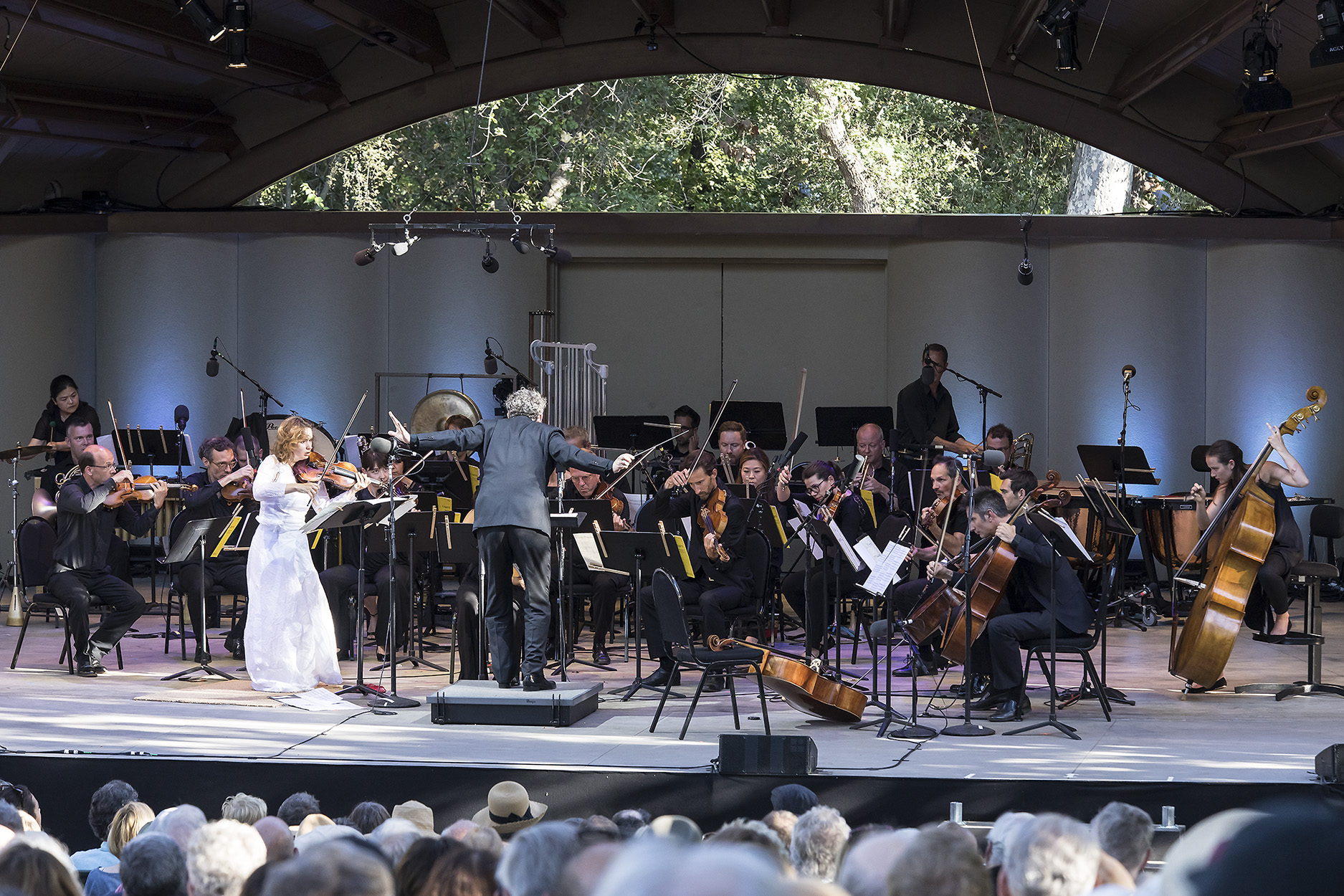 The 2018 Ojai Music Festival with Music Director Patricia Kopatchinskaja brought something new as it was dark with “bursts of brightness shining through a celebration of death and renewal.” This year, as Patricia expressed, the 72nd edition was an opportunity to bring the town and visitors together with the modernity that was presented during the four-day festival. Relive the 2018 Festival anytime by watching our archived live streaming concerts on our YouTube channel. View photos here.

Feedback from our audience, artists, and members of the press is important to us. Read review excerpts, which we will continue to update as press reviews come in, or download the PDF version here.

“Kopatchinskaja is a great violinist on a great mission. The Ojai Festival has maybe been this good, but it has never been more inclusive. It has never crammed more ideas and ideals into four days. And, at its best, it has never been better.” – Los Angeles Times

“There’s nothing quite like Ojai. The festival is to the music world what the town is to the rest of Southern California: a lovably eccentric jewel, a tiny explosion of beauty, weirdness and overkill. The art is rigorous, but the vibe is relaxed, smiling and uncrowded — part weekend getaway, part laboratory.” – New York Times

“Right from the start, early on a Thursday evening, we knew where Kopatchinskaja and this compulsively progressive-minded festival stood. Scattered around the park outside the festival’s outdoor Libbey Bowl were styrofoam replicas of tombstones of the great totems of concert life – J.S. Bach, Haydn, Mozart, Beethoven, Schubert, Brahms, Mahler – some with their tops sawed off. A crowd gathered in the park, and Kopatchinskaja came strolling slowly down a path from the town’s main street., staring down and silently maneuvering around bewildered onlookers.” – Musical America

[reg. Bye, Bye] “The performance itself was distinguished by fresh insight, fascinating dynamics and the violinist’s pixyish personality. The resounding finale was quickly followed by the musicians nonchalantly tossing their music stands to the ground, but as someone immediately observed, not their instruments. All came forward for a very long standing ovation from an audience delighted by the innovation and passion they had witnessed.” – Ventura County Star

“This is complex, nuanced music, with stretches of quiet tension mixed with sharply phrased passages brimming with anxiety. I first heard La lontanaza performed indoors, in a converted warehouse and the atmosphere there gave the piece a sense of tension that was distinctly urban. Outdoors in Libbey Park the music lost none of its power, but rather emerged as more rustic and primal.” – Sequenza 21

“Ojai Music Festival’s mixture of aesthetics with nature gives off mellow vibes, especially at Libbey Bowl, the primary venue where concerts are held in a park surrounded by oak trees. Just go with the flow: sit or crumple in a blanket on the grass, where discreet monitors with speakers were positioned.” – Miroirs

“From its opening cadenza to its closing cadenza, this was an Ojai Festival that raised issues, had remarkable moments of musical illumination, and pushed buttons in the name of an art ideal that raises consciousness. Some found it provocative. Some were angry. Everyone was talking.” – San Francisco Classical Voice

“She is a fast-rising figure on the international music scene, an organically inspired virtuoso and naturally rebellious innovator, keen to shake things up on many levels…” – Santa Barbara News Press

“He dazzled with a sequence of performances on piano, of Shostakovich, Crumb, and Ligeti. The finale of this portion of the evening came when Romaniuk was joined by the JACK Quartet for Henry Purcell’s Fantasia No. 10 in C Minor, a brilliant and moving preview of the blend of eras that would characterize Saturday evening’s early program as well. – Santa Barbara Independent