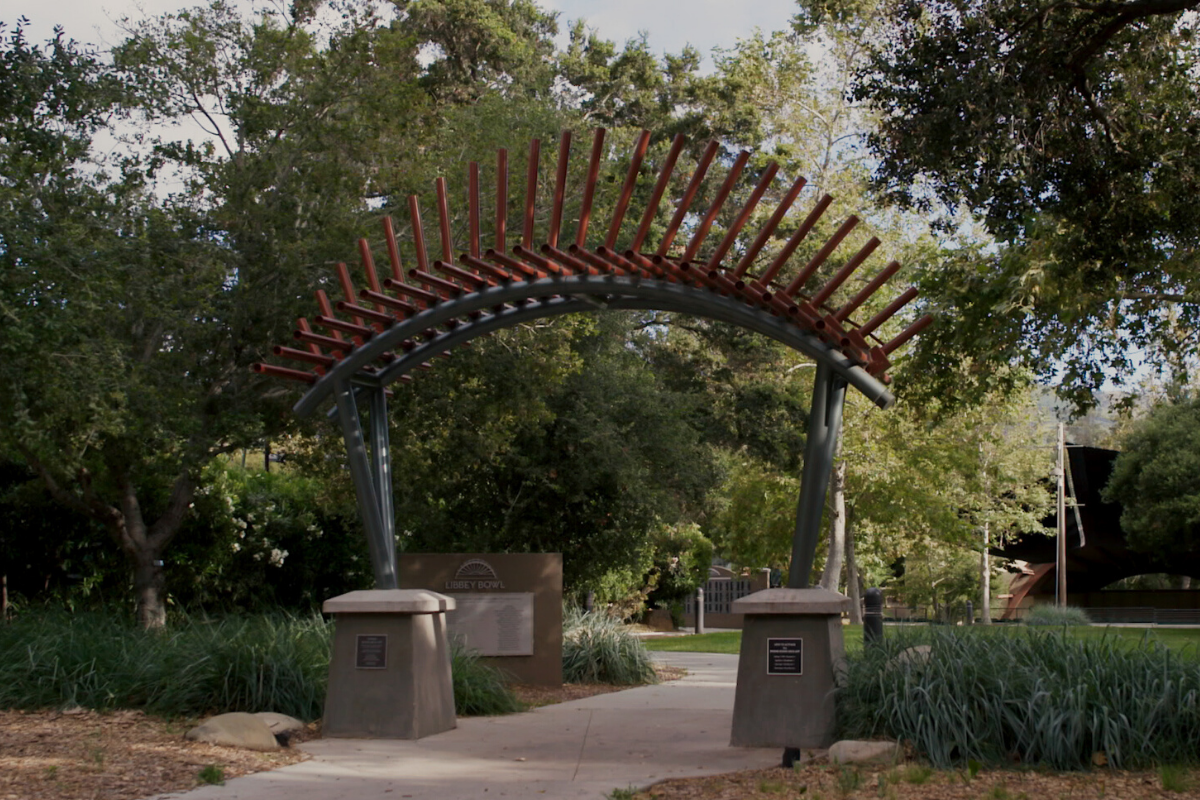 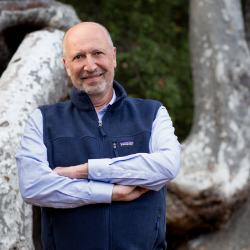 A beginning and a homecoming. It is rare for the two to coincide. A few days ago I experienced a moment of transformation – I stepped down as Provost and Dean of the Juilliard School after 13 ½ rewarding years and became Artistic and Executive Director of the Ojai Festival (I seem to have a thing for compound titles!). Of course, I am hardly new to Ojai, having been associated with the Festival in one capacity or another for several decades now. But this feels like a real homecoming, a return to what I love so dearly.

And what a time! We are in the strangest of circumstances, trying to understand practically and philosophically what is meant by “social distancing” when we humans are such fundamentally social creatures. In the midst of all this, the deep underlying fissures of American society burst unstoppably with the horrifying death of George Floyd, another moment in centuries of such horrifying incidents laying bare the disease of racism.

We shared in the most meaningful way that we can, which is letting powerful art speak the truth. The Festival brought renewed focus to the world premiere of the first version of Josephine Baker: A Portrait from the 2016 Festival, written by Tyshawn Sorey with words by Claudia Rankine, sung by Julia Bullock and directed by Peter Sellars. 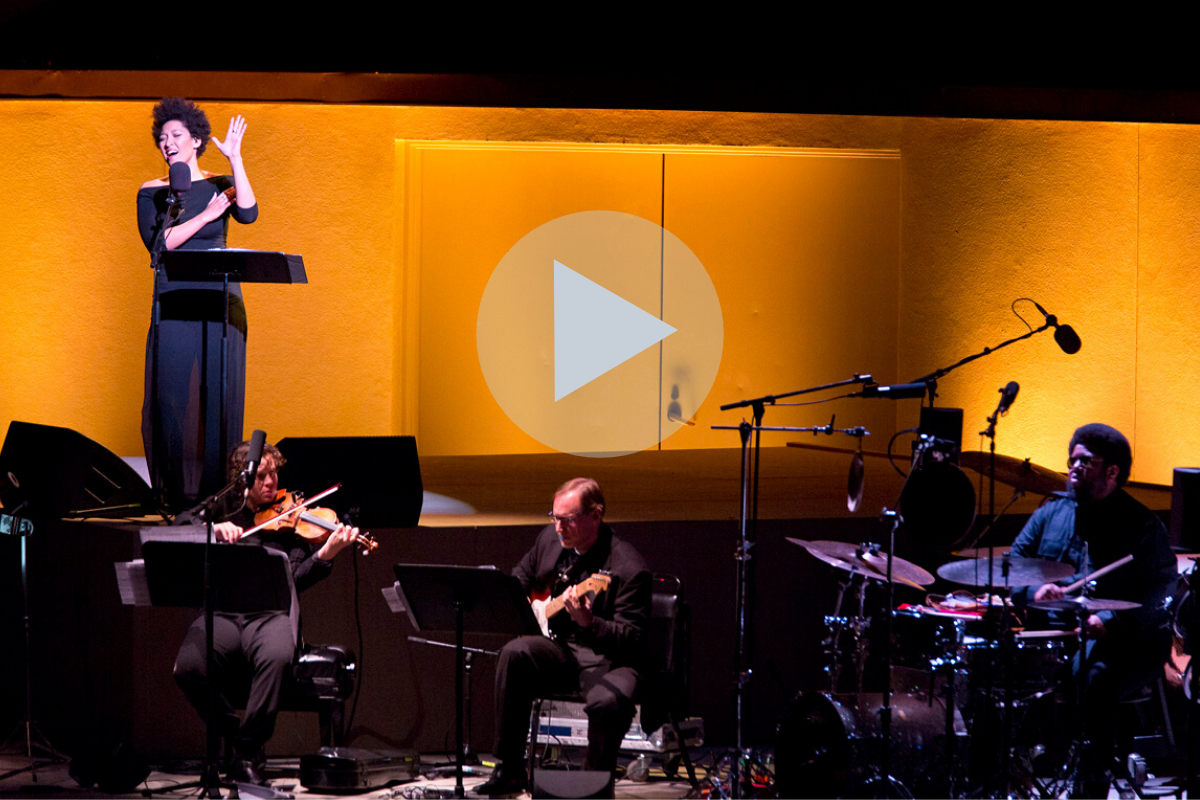 Sadly, the 2020 Festival created by Matthias Pintscher and Chad Smith was cancelled in the face of the coronavirus pandemic, taking away the gathering at Libbey Bowl that we all cherish so much. In its place, there was a virtual festival with the joy of keeping company with Matthias Pintscher, Olga Neuwirth, the Calder Quartet, and Steve Reich, all so generously participating to honor the spirit of the planned 74th Festival. It was so incredibly heartening to gather together in multiple Zoom screens of virtual Patron Lounges ahead of each evening’s Festival stream and to have the pleasure of each other’s company in our mutual affection for Ojai and the Festival. Thanks to each of you for participating, watching, sending us some lovely notes, and generously giving financial support to help sustain the Festival in this trying time. We are what we are because of you, especially in these challenging days. 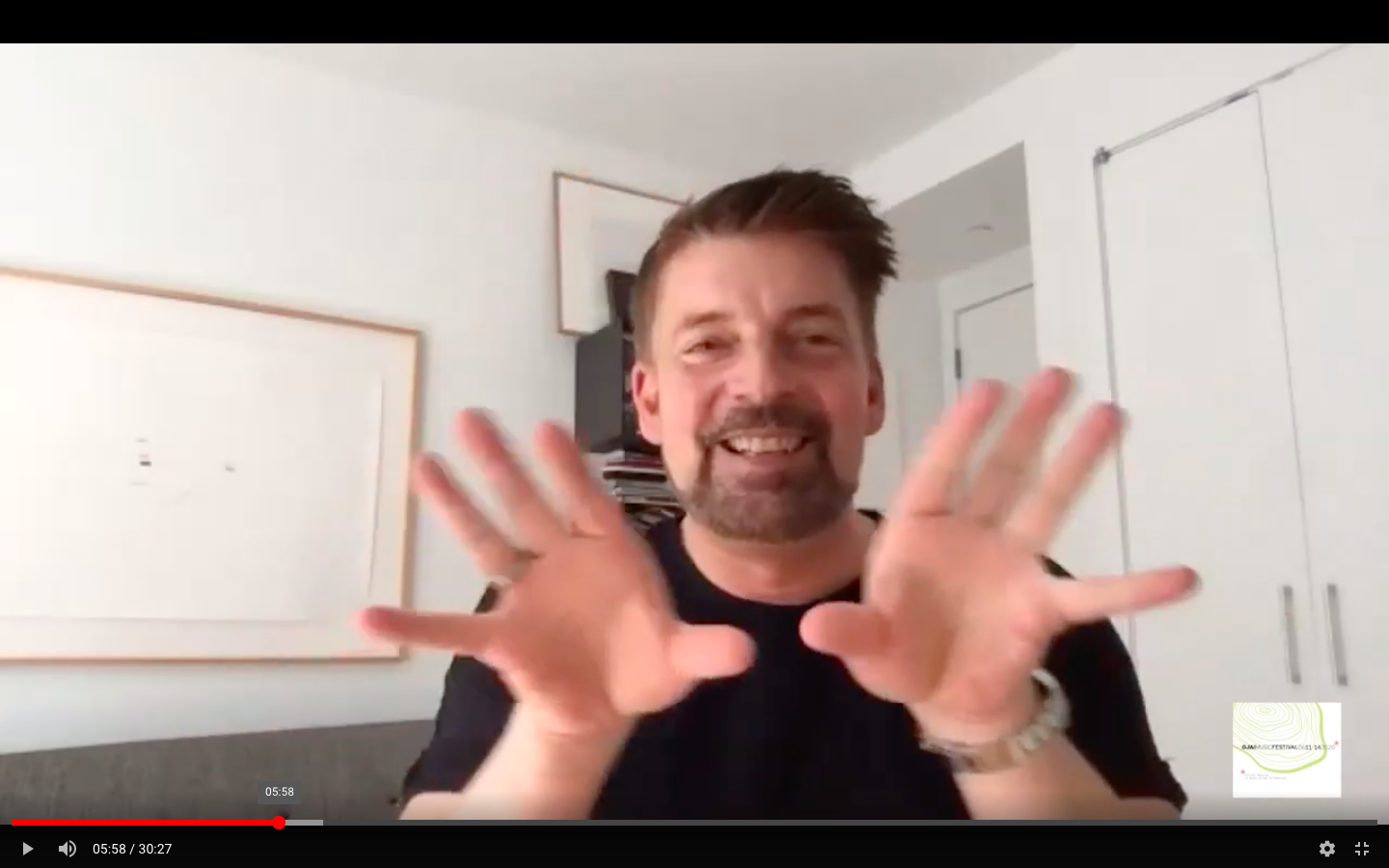 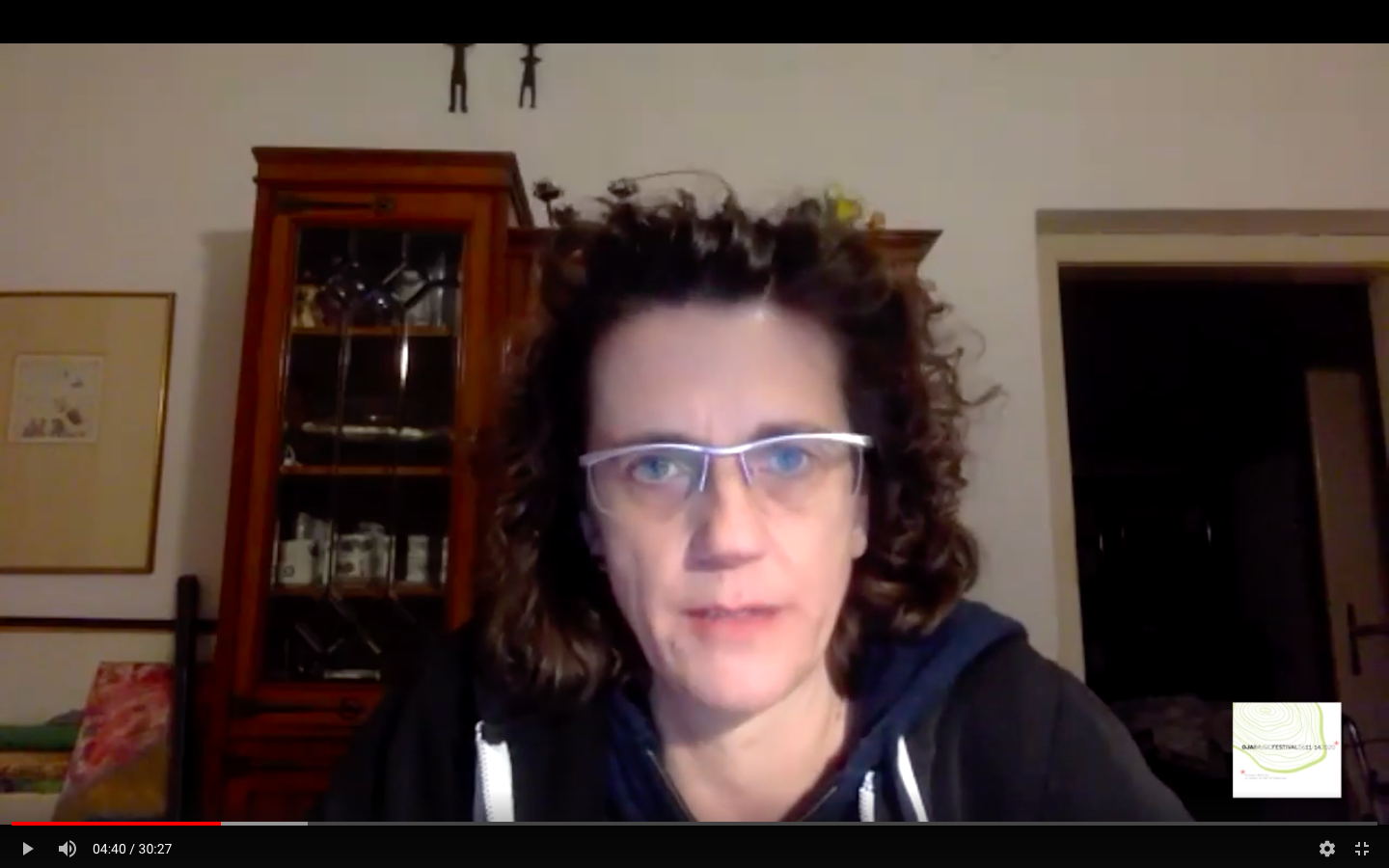 Many of you commented on your pleasure in the virtual time spent with Matthias and Olga. I’m delighted that our colleagues at the Pierre Boulez Hall in Berlin have created their own virtual new music festival, anchored by works of Pierre Boulez, with newly written pieces by both Olga and Matthias, so I am happy to direct you to what sounds like an Ojai in Berlin. Click here to view. 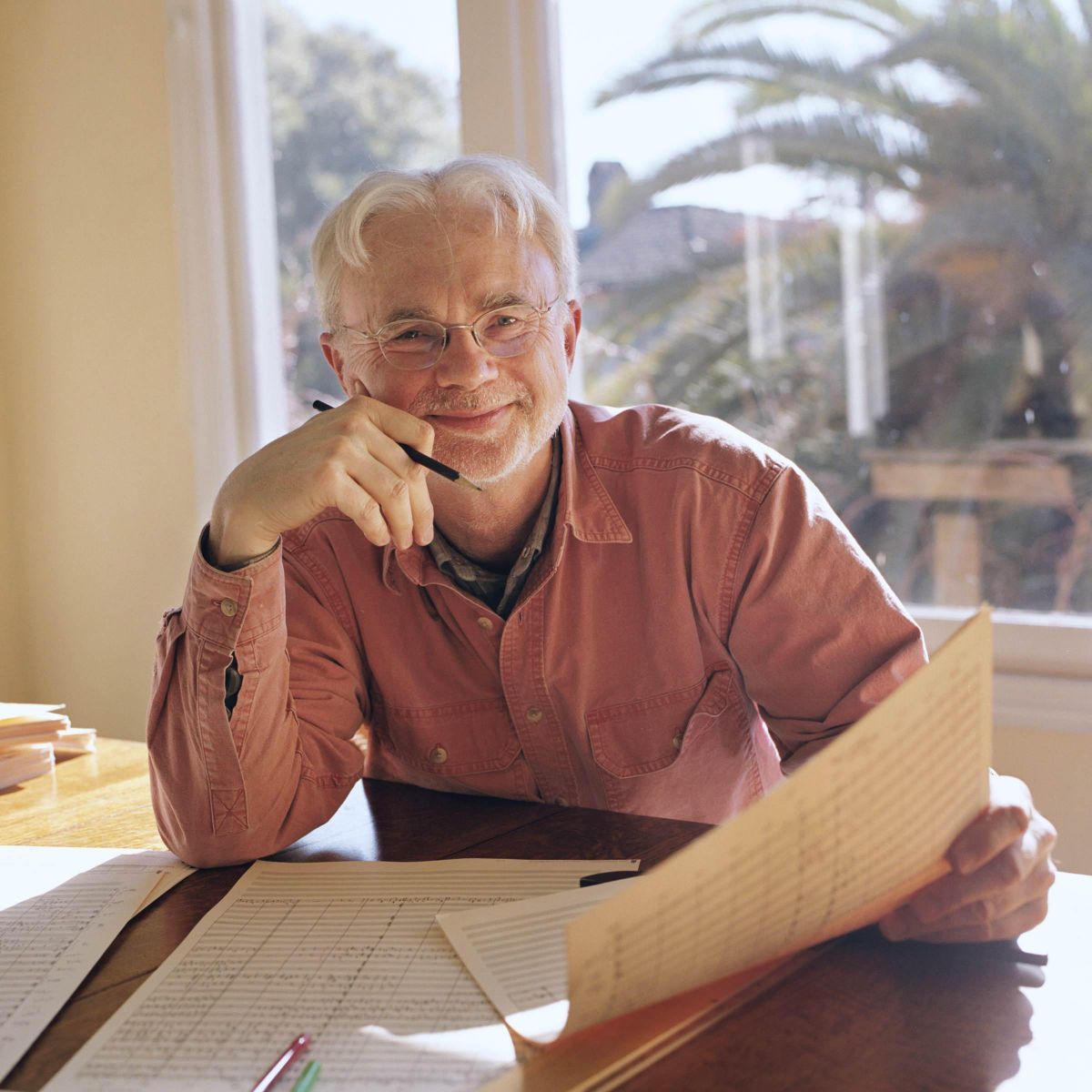 We have all had our ups and downs during this time of isolation, which makes us doubly grateful for those moments that brighten our spirits. I had just such an experience in a phone call with John Adams, the Music Director of the 2021 Ojai Festival, as we began our planning for what is to be the 75th edition. John and I spoke for an hour just dreaming up ideas about favorite music and musicians, discoveries we couldn’t wait to share with each other, and suddenly the whole perspective shifted – instead of talking about what we were missing in our isolation, we were talking with love and excitement about what will animate Libbey Bowl in a year’s time. It was like breathing oxygen again!

Although a milestone anniversary year might suggest a retrospective, John was having none of that. He wants an absolutely forward-facing festival that celebrates the next generation of composers and musicians. Future Forward was born at that moment as the underlying driver of the 2020 Festival. We have invited a number of brilliant young composers and performers to form the core of the coming festival. We also decided to form an all-star, hand-picked ensemble of musicians to form the featured “band” of the Festival, focusing on the incredible talent to be found in California and around the U.S. We will make the first announcement of next year’s Festival near the end of July, and you will be the first to know. Stay tuned!

In closing, I can’t help but relay a wonderful experience I have had in the past week. I was to be in Bamberg, Germany to serve on the jury of the Mahler Conducting Competition. Alas, it was not to be as the European Union continued a strict ban on U.S. travelers because of the high incidence of the virus in this country. Happily, I was able to take part virtually, awakening each morning at 3 a.m. to watch the livestreams of the sessions and then participating via Zoom in the jury room deliberations. I was thrilled to work again with the wondrous Barbara Hannigan, a fellow juror doubling as soprano soloist in the closing performance of the Mahler Fourth Symphony. Barbara is an extraordinary artist and human being, as we all well know from our time with her at the 2019 Festival. Her generosity and insight informed the conversations; her luminous singing in the Mahler gave it its closing benediction. You can watch the performance here with the fourth movement beginning at 1:16.50.

And in the course of a deeply meaningful week of music and conversations, everything came full circle. The guiding spirit of the competition is Marina Mahler, the composer’s granddaughter, who is an irresistibly vibrant personality. In one of our conversations, I suddenly remembered that she had a long chapter in her childhood in Los Angeles. Her mother, the sculptor Anna Mahler, moved with Marina to Los Angeles to live with Alma Mahler, Gustav’s widow who was then based in Beverly Hills. It was in talking about our Southern California roots that Marina told me that she went to the Ojai Valley School, beginning at the age of seven! Who would have thought that there would be one degree of separation between Gustav Mahler and Ojai . . . .

I took that as sign to redouble all our efforts in nourishing and supporting this unlikely treasure in a wooden bowl in a town park in the most heavenly setting. I have always thought of the Ojai Festival as something of a miracle. With your help, I will do all within my abilities to sustain and renew this beloved festival.

Next year in Libbey Park!

With thanks and warm regards,

P.S. Claire Chase and I have kept up a lively exchange of messages during these past four months as we record and send various experiences of bird song to cheer each other up. Claire has a decided advantage as a flutist! In honor of that exchange, I send you Claire and bird song, as channeled by Dai Fujikara.