Look toward the Future 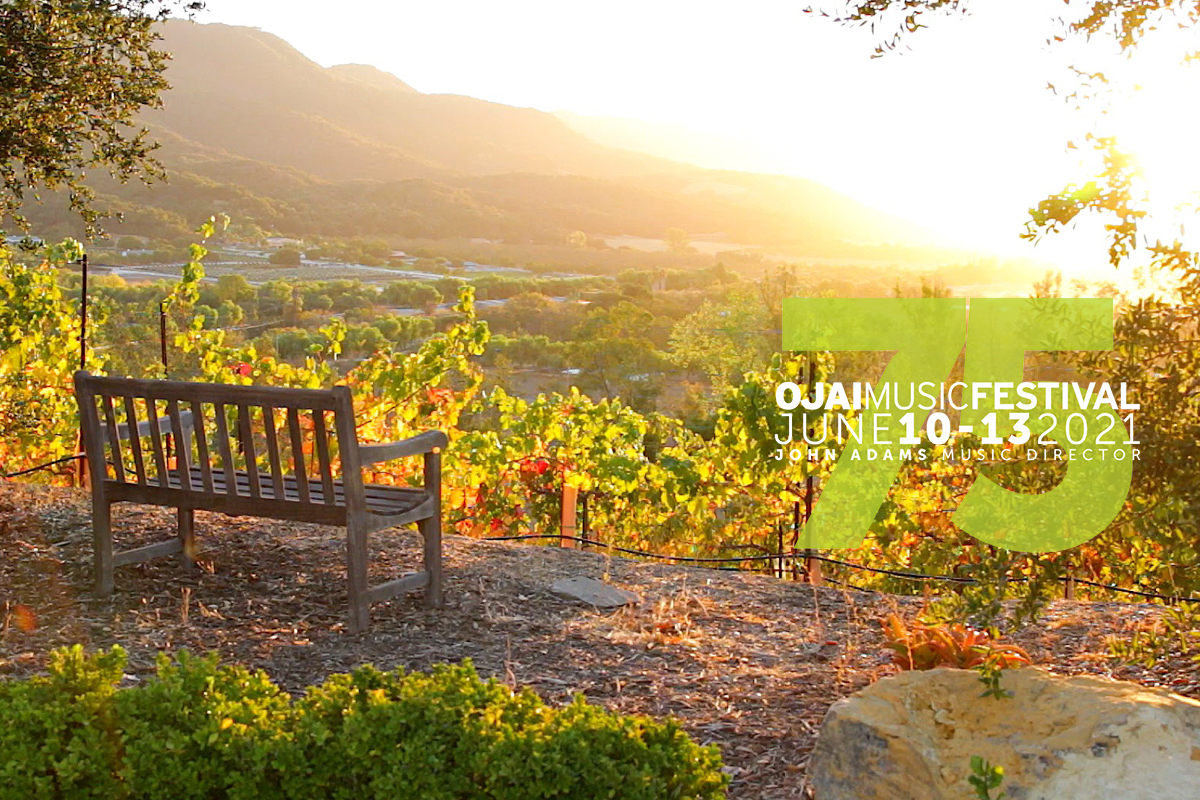 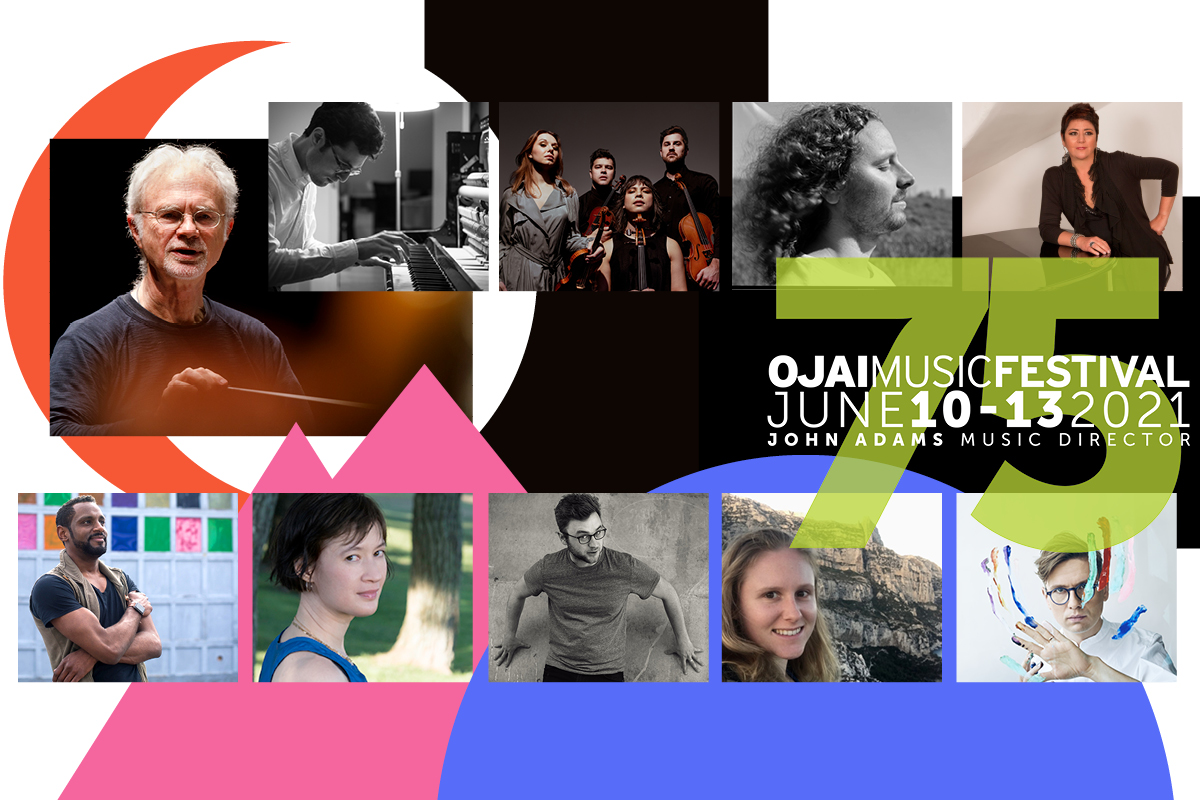 “As we respond to these immensely challenging times both globally and here in the US, now, more than ever, we are placing our faith in the next generation to show us the way forward. John Adams has been unwavering in his desire to focus the 75th Festival on some of today’s most vibrant and innovative composers and performers. We look forward to all that they represent – both for this treasure of a Festival and, more broadly, for our world.  They give me great hope and it is an honor to launch a new era for Ojai alongside such remarkable artists and thinkers.”  – Ara Guzelimian, Artistic & Executive Director

Music Director John Adams, who is both curator and conductor for this milestone Festival, focuses on composers of today whose music will be threaded throughout the Festival in June 2021. Featured composers include Samuel Carl Adams, Timo Andres, Dylan Mattingly, Gabriela Ortiz, Gabriella Smith, and Carlos Simon, many of whom will be in residence during the Festival.

Adams conducts two concerts that will include an eclectic mix of works by Steve Reich and Mozart, alongside premieres from Carlos Simon and Samuel Carl Adams.

John Adams shares: The Ojai Festival has always expressed a unique point of view — this combination of casual manner and extraordinary experiences that bring daring imagination and creativity. There is an openness where music is treated the way people treat contemporary art – it’s the main event and not on the side. 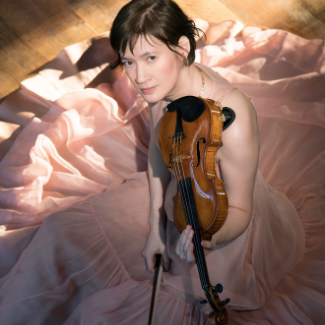 Ojai welcomes the return of Timo Andres, an Ojai alum from the 2014 Festival, performing I Still Play, a series of ten works by such composers as Laurie Anderson, Louis Andriessen, Donnacha Dennehy, Nico Muhly, and Philip Glass. This Ojai recital will mark the first live public performance of the cycle, which was commissioned as a tribute to legendary Nonesuch Records President Bob Hurwitz. 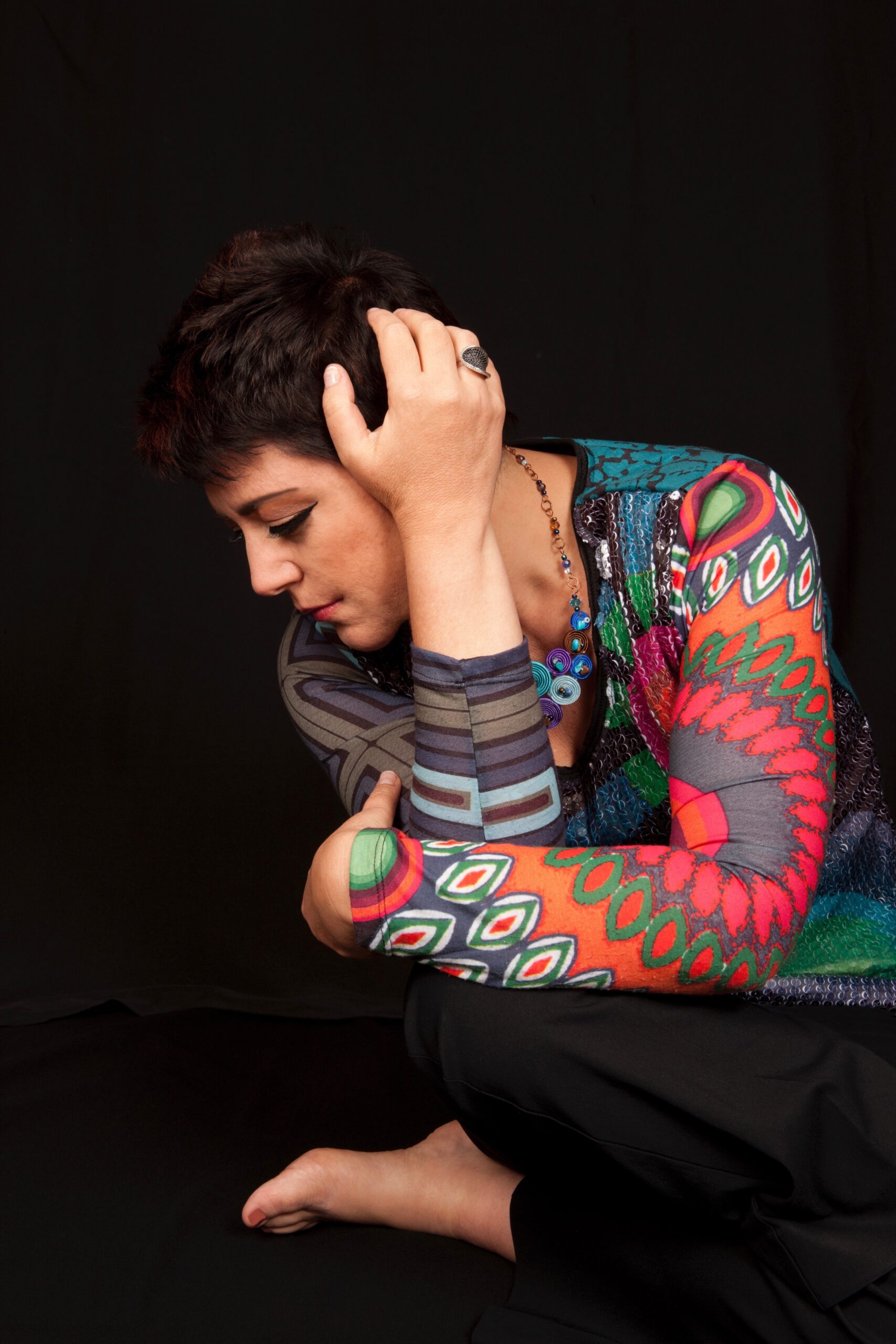 The Festival will honor long-standing ties with the Los Angeles Philharmonic, with a concert by the LA Phil New Music Group featuring the world premiere of a co-commissioned work by Dylan Mattingly, as well as music by Gabriela Ortiz and John Adams.

To celebrate the Festival’s wide-reaching BRAVO education program, Ojai school children will perform alongside Festival artists in a free community concert. In addition, featured artists and composers will hold free workshops for Ojai public school children leading up to the Festival. 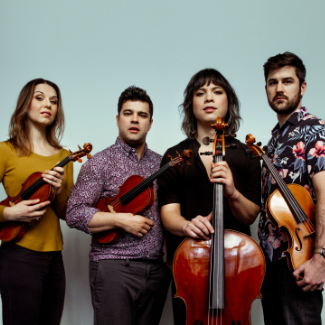 The 2021 Festival resident chamber orchestra will consist of freelance artists from Southern California and from around the US, many of whom populate the nation’s gifted new-music ensembles.  Ojai is pleased to draw from this incredibly talented group of US-based independent musicians, especially at this time when so many in this community are experiencing significant professional disruption caused by the pandemic.

A Homecoming Celebration
We can’t wait to welcome all of you back to Ojai for the 75th Festival next June! The Festival represents an ideal of adventurous, open-minded and open-hearted programming in the most beautiful and welcoming of settings, with audiences and artists to match its aspirations. The Festival, in so many ways, marks a homecoming for all of us.  As John and Ara embrace their own returns to Ojai, our reunion with all of you at the upcoming Festival marks the beginning of new era for our beloved Festival.

Stay Tuned and Tune In
We will continue to share updates of the 2021 Festival in the coming months, with additional artists and programs yet to be announced.  In the meantime, join us for ongoing virtual content with our next Ojai Talks on Wednesday, October 28 featuring 2021 Festival Resident Composer Gabriela Ortiz, hosted by Festival Producer Fiona Digney.

Covid-19 Planning
The 2021 Ojai Music Festival will work closely with public health officials to adhere to the highest standards of health and safety for our entire onsite family, including our patrons, artists, staff, and community partners.  Details regarding related considerations and protocols will be announced in the coming months.  Please do not hesitate to reach out to Gina Gutierrez if you have questions. 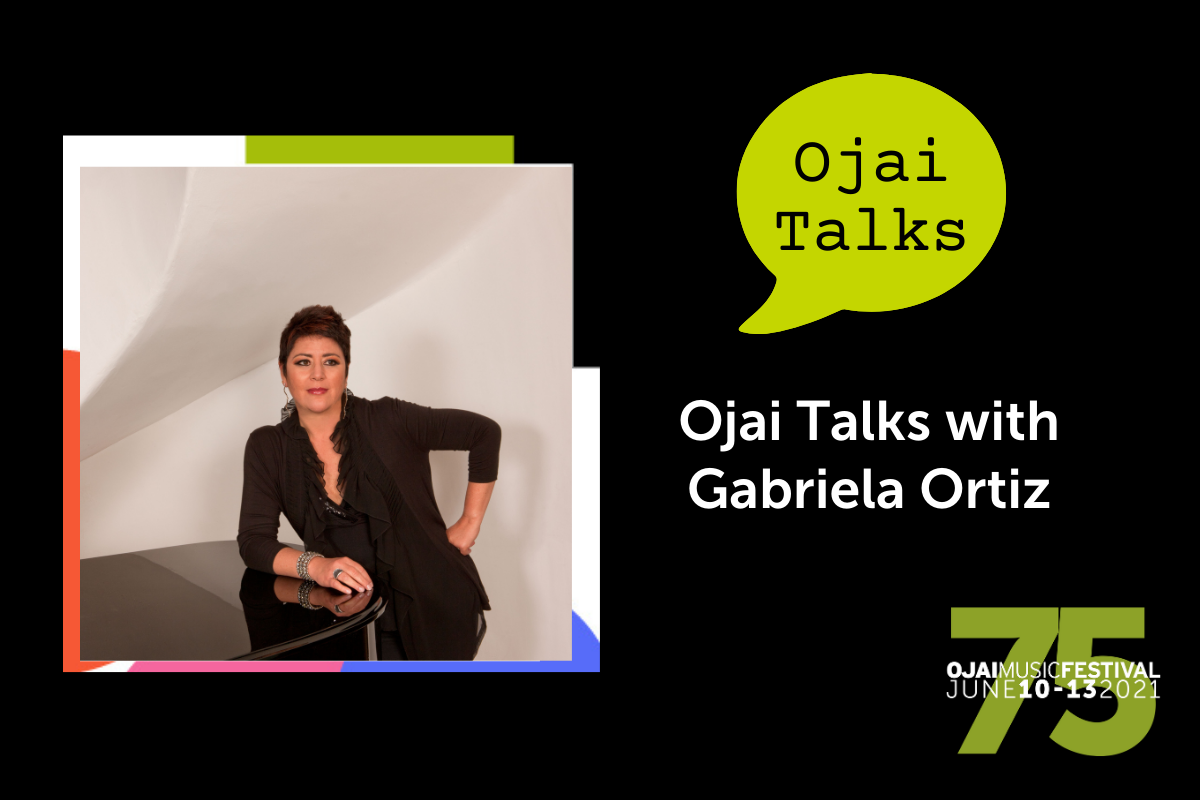 The Festival is honored to have 2021 Festival Resident Composer Gabriela Ortiz join Festival Producer Fiona Digney for our October session. Click on the tabs below to learn more about Gabriela. 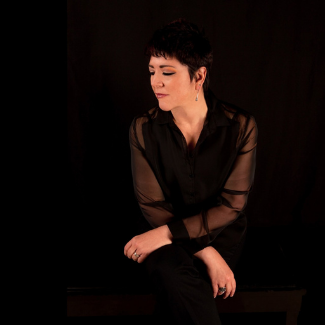 Ortiz has written music for dance, theater and cinema, and has actively collaborated with poets, playwrights, and historians. Indeed, her creative process focuses on the connections between gender issues, social justice, environmental concerns and the burden of racism, as well as the phenomenon of multiculturality caused by globalization, technological development, and mass migrations. She has composed three operas, in all of which interdisciplinary collaboration has been a vital experience. Notably, these operas are framed by political contexts of great complexity, such as the drug war in Only the Truth, illegal migration between Mexico and the United States in Ana and her Shadow, and the violation of university autonomy during the student movement of 1968 in Firefly.

Based in Mexico, Ortiz’s music has been commissioned and performed all over the world by prestigious ensembles, soloists and orchestras, such as: the Los Angeles Philharmonic Orchestra, Gustavo Dudamel and Esa Pekka Salonen, Zoltan Kocsis, Carlos Miguel Prieto, the Kroumata and Amadinda Percussion Ensembles, the Kronos Quartet, Dawn Upshaw, Sarah Leonard, the Cuarteto Latinoamericano, Pierre Amoyal, Southwest Chamber Music, the Tambuco Percussion Quartet, the Hungarian Philharmonic Orchestra, the Malmo Symphony Orchestra, the Orquestra Simón Bolivar, the Royal Scottish National Orchestra, the BBC Scottish Symphony Orchestra, and the Royal Liverpool Philharmonic Orchestra, among others. Recent premieres include: Yanga and Téenek, both pieces commissioned by the Los Angeles Philharmonic and Gustavo Dudamel, Luciérnaga (Firefly, her third opera) commissioned and produced by the Universidad Nacional Autónoma de México, Únicamente la Verdad (Only the Truth, her first opera) with Long Beach Opera and Opera de Bellas Artes in Mexico.

Ortiz has been honored with the National Prize for Arts and Literature, the most prestigious award for writers and artists granted by the government of Mexico, and has been inducted into the Mexican Academy of the Arts. Other honors include: the Bellagio Center Residency Program, Civitella Ranieri Artistic Residency; a John Simon Guggenheim Memorial Foundation Fellowship; a Fulbright Fellowship; first prize in the Silvestre Revueltas National Chamber Music Competition; first prize in the Alicia Urreta Composition Competition; a Banff Center for the Arts Residency; the Inroads Commission (a program of Arts International with funds from the Ford Foundation); a grant from the Rockefeller Foundation; and the Mozart Medal Award.

Gabriela Ortiz’s discussion on Yanga with the LA Philharmonic

Behind the Curtain: 5 Fun Facts

An enjoyable and always surprising time during our Festival is when audience members run into Festival artists in Libbey Park, at a coffee shop, or the Festival Lounge. Those cherished moments are a chance to see artists in a different light. Here, we try to replicate those intimate conversations with “Behind the Curtain.” 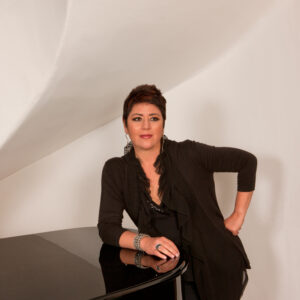 Your go-to composer or piece of music when you need to relax?
Anything Debussy

What’s on your bookshelf or nightstand that you’d recommend reading? And maybe even something we can find at Bart’s Books!
Lost Children Archive by Valeria Luiselli

When you were a student, how would your teachers describe you?
Extroverted

If you could collaborate with any musician or composer who would that be?
LA Philharmonic