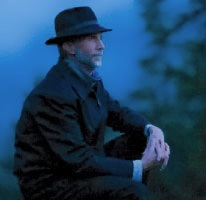 Congratulations to composer John Luther Adams who won the 2014 Pulitzer Prize for music for his composition Become Ocean, an orchestral work that was commissioned and premiered last year by the Seattle Symphony.

Festival Artistic Director Thomas W. Morris hailed John’s achievement, commenting: “Adams is a dear friend of Ojai, and one of the most creative of today’s composers. His unique voice blends exceptional musical sounds with the spirit of life around us into tapestries that thrill, entrance, and amaze.” 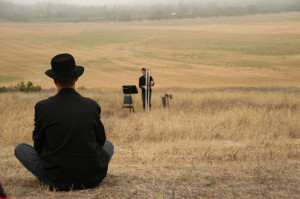 Ojai audiences have been treated to John’s works in 2012 with Inuksuit performed at Libbey Park, and 2013 with For Lou Harrison, songbirdsongs, and Strange and Sacred Noise.

View the complete list of the 2014 Pulitzer Prize winners here >> 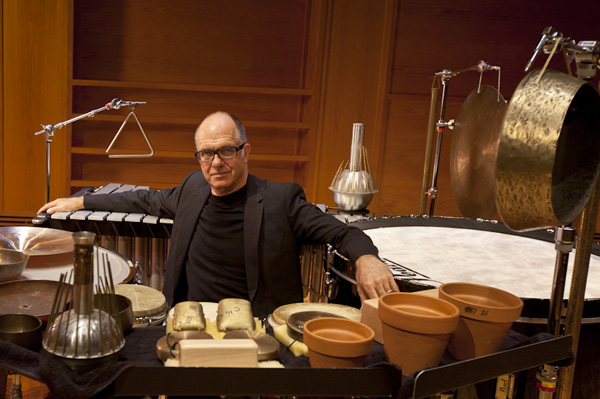 2015 Music Director Steven Schick recently celebrated an early 60th birthday by giving two solo recitals, “Origins” and “Responses” at Columbia University’s Miller Theater. The first concert featured works for solo percussion by Morton Feldman, Stockhausen, and Iannis Xenakis, among others, while the second featured many works commissioned by Steve for solo percussion throughout his career, including Roar by John Luther Adams and works by David Lang and Kaija Saariaho.

The New York Times wrote of Steve’s perfomance, “Mathematical virtuosity continues to be a big part of Mr. Schick’s appeal. Even where the rhythmic complexities far surpass the ear’s ability to comprehend them, there is the visual pleasure of watching Mr. Schick translate them into precisely angulated and elegantly economical body movements.” Read the complete review >>

The New York Classical Review also hailed Steve, writing “Schick has absolute command of this music … He is a lyrical percussionist, whether kicking the bass drum pedal or flicking his fingertip off a tubular bell, as he did with exquisite care and beauty in the hushed interior of Feldman’s The King Of Denmark (the musician plays that piece with bare hands). Striking his instruments in time with sticks and his hands, he connects events together in phrases that would sound like Mozart on the piano. He has a graceful, elegant physical style, twisting and turning his body into the shape of clefs as he plays. Every motion has a musical and expressive purpose.” Read the complete review >>

For those of us on the West Coast, there is a special chance to hear a reprise of “Origins” on Friday, February 14th, in San Francisco, presented by the San Francisco Contemporary Music Performers, where Steve is Artistic Director. View details and purchase tickets >> 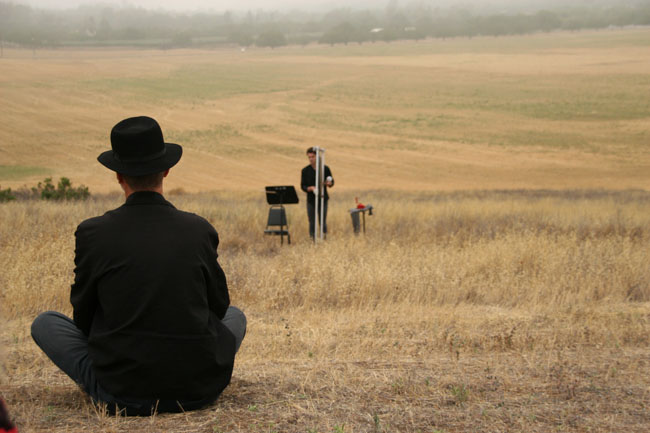 The Festival wishes John Luther Adams a very happy birthday! John’s music has become something of a ‘regular’ at the Festival, first in 2009 with a performance of Dark Waves by Lisa Kaplan and Jeremy Denk, and then in 2012 with the West Coast premiere of his immense Inuksuit in Libbey Park. He made it to Ojai in 2013 with Music Director Mark Morris, with his works (Strange and Sacred Noise and songbirdsongs) being the focal point of the Festival’s two sunrise concerts and the Saturday evening concert (For Lou Harrison) in Libbey Bowl.

While John was at the Festival last year, he also took part in a sold-out Ojai Talk, where he spoke about his musical influences and inspiration, and his friendship with composer Lou Harrison, among other topics. In this clip from the talk, John discusses the genesis of songbirdsongs with Ara Guzelimian:

John also spoke about one of the defining moments of his life – and his musical development – moving to Alaska:

After the Festival, 2013 continued to be a momentous year for John, with the recent, groundbreaking recording of Inuksuit receiving wide acclaim and being named to NPR Classical’s 10 Favorite Albums Of 2013. We look forward to even greater things in the upcoming year and wish John the best on his birthday. We hope we’ll have the chance to see him in Ojai again soon! 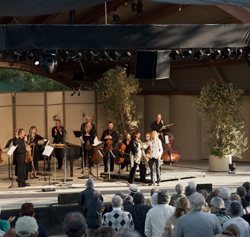 While we don’t have a trophy case in our Ojai office, we’ve been delighted by the recent nomination of Maria Schneider’s Winter Morning Walks for three Grammy Awards, including Best Contemporary Classical Composition and Best Classical Vocal Solo. Dawn Upshaw, who received the latter nod, gave Schneider’s work its world premiere at the 65th Ojai Music Festival in June 2011, alongside the Australian Chamber Orchestra. Winter Morning Walks was a co-commission of the Ojai Music Festival, Cal Performances, and the Australian Chamber Orchestra, and has since been performed throughout the country and make its Australian premiere early next year.

The award nominations continue what has been a particularly rich last few years for Festival artists. At the 2009 Ojai Music Festival, Steven Mackey’s Slide made its world premiere with eighth blackbird and used the Ojai performance as a springboard to revise and record the work, Lonely Motel: Music From Slide with eighth blackbird. Last year, the album won a Grammy for Best Small Ensemble Performance. The recent (and groundbreaking) recording of John Luther Adams‘ Inuksuit was recently named to NPR’s “10 Favorite Classical Albums of 2013.” And joining the list of accolades are Leif Ove Andsnes, Steven Stucky, Osvaldo Golijov, and George Crumb, among others, all of whom have received Grammy nominations or wins in recent years.

What is especially exciting, for those of us in Ojai, is to see the ways in which what happens for four days each June continues to resonate long after the last instrument has been packed away. We encounter these artists as they enter a supportive environment – Ojai’s creative laboratory – for a brief time and at various stages in their careers. We then have the privilege and honor of watching them continue their artistic development. So to all the artists who have called – and will call – the Festival their home in June, thank you for bringing your work to Ojai. We can’t wait to see what happens next.